WSP Global of Montreal has acquired SPL Consultants, a 250-person company based in Ontario that specializes in environmental, geotechnical and building science, as well as materials testing services. SPL was founded in 2009 in Toronto and has branch offices in Markham, Vaughan, Cambridge and Ottawa. David Lewis, president of the company, says, “WSP will be the ideal partner for us during the next stage of our growth. In our view, WSP’s professional expertise and vast network are key assets that will enable us to develop nation-wide.” WSP now has approximately 32,000 employees worldwide. 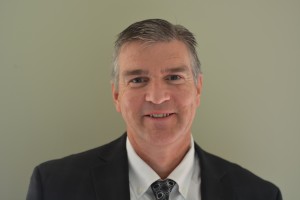 Infrastructure Ontario awarded a $512-million P3 contract on March 30 to Plenary Health to design, build, finance and maintain the Milton District Hospital expansion in Milton, southwest Ontario. The expansion will add 330,000 sq. ft. to the 125,000 sq.ft. existing hospital, expanding the emergency and surgical space and overall in-patient bed capacity. The Plenary Group team includes PCL Constructors (design builder), B+ H and RTKL (architects), Smith and Andersen (mechanical-electrical engineers); Parsons Brinckerhoff Halsall (structural), A.M. Candaras (civil), and Johnson Controls (facilities maintenance).
On March 9, Infrastructure Ontario and the William Osler Health System announced three shortlisted teams to design, build, finance and maintain a new 250,000-sq.ft. Phase 1 Patient Tower at Etobicoke General Hospital in west Toronto. The tower will incorporate a new emergency department, ICU and maternal unit. The short-listed consortia are EllisDon Infrastructure Healthcare with CannonDesign for design; Etobicoke Healthcare Partnership with HDR for design and Walsh for construction; and Plenary Health with RTKL and NORR for design and PCL for construction.
The marine division of the Ledcor Group in North Vancouver has acquired two new flat-deck heay cargo barges and a 1,200-horsepower tug boat. The boats join a fleet of Ledcor vessels which the company is assembling, looking ahead to prepare for the construction of LNG plants in the province. 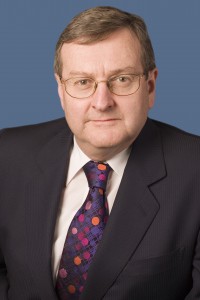 Ken Morrison, P.Eng., president of R.V. Anderson Associates (RVA) based in Toronto, has announced his retirement. After graduating from the University of Guelph, Ken joined RVA in 1972 and worked in Toronto, Thunder Bay and Edmonton before becoming the firm’s president in 1989. Among his many water and wastewater projects is the award-winning 1985-88 project to relocate Toronto’s 144 year-old John Street Water Pumping Station to make room for the SkyDome/Rogers Centre. During his time as president, the employee-owned, mid-size firm has thrived and expanded to eight Canadian offices, with an international office in Mumbai, India. Morrison was chair of the professional activities committee for the Canadian Society for Civil Engineering (1983-1999) and founding board chair from 2005 to 2011 for the Central Local Health Integration Network, a provincial government agency responsible for $1.6 billion in funding for health care facilities. Currently he is chair of the board of WaterTAP, an initiative of the Ontario government to help grow companies in Ontario’s water and wastewater sector.