SNC-Lavalin has announced that Robert G. Card is to become its new president and chief executive officer. Card's appointment is effective October 1. 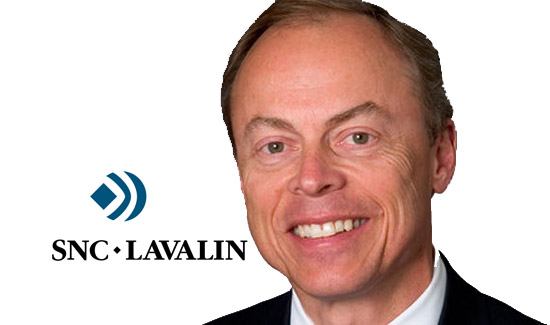 SNC-Lavalin has announced that Robert G. Card is to become its new president and chief executive officer. Card’s appointment is effective October 1.

The Montreal-based company has been conducting a global search for a new CEO following the sudden departure of its former CEO and other executives earlier this year.

Card comes to Canada’s largest engineering company from another global giant, CH2M HILL. At CH2M HILL, Card held a variety of positions, including as president of its international, nuclear, infrastructure, energy and water divisions.

He has experience in large-scale infrastructure around the world. Most recently, he acted as COO for the consortia for delivering the $15-billion London Olympics complex, which included everything from the design and construction of all the facilities, utilities and transportation right through to the planning of site demolition and remediation — all delivered on time and on budget.

From 2001-2004 he acted as Under Secretary to the U.S. Department of Energy, a Senate-approved presidential appointment in which he oversaw 65,000 federal and contract employees, and a budget in excess of $14 billion. Prior to that, he was the CEO of Kaiser-Hill, where he managed the $7 billion decommissioning of the Rocky Flats Nuclear Weapons Plant in Colorado.

“We considered several strong candidates from Canada and around the world,” said Gwyn Morgan, Chair of the SNC-Lavalin board, when announcing Card’s appointment. Morgan continued: “The selection committee’s lengthy and thorough interviews, followed by an assessment by the entire Board and independent, external corroboration all reveal an exceptionally intelligent, energetic and ethical leader, well-equipped to deal with both the specific issues that face SNC-Lavalin and the broader strategic challenges of global political and economic changes.”

Card has testified numerous times before the U.S. Congress and has been a frequent public speaker on sports, energy, water, environment, and technology topics. He also has numerous awards including the Energy Secretary’s Gold Award.

such as the Nature Conservancy and Water for People. He is also a cyclist and