Thomas G. Searle is already installed at his new offices in Calgary after being announced last week as the new President of CH2M HILL Canada. 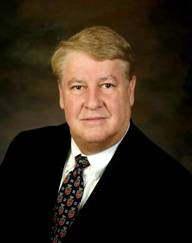 Thomas G. Searle is already installed at his new offices in Calgary after being announced last week as the new President of CH2M HILL Canada.

Mr. Searle was previously President and Group Chief Executive, International Division, where he was responsible for CH2M HILL’s international business, with revenues in excess of US$650 million and a staff of over 4,600.  He was based in Denver, Colorado.

In the announcement, Searle said he believes Canada’s economy “will outperform other international regions,” and that Canada “will play a pivotal role in CH2M HILL’s global growth strategy.”

“Expanding our services in the energy sector will be a top priority,” Searle said. “Our engineers are leaders in solving challenging problems and I believe we can offer clients innovative solutions at the nexus between energy, water and sustainability.”

Jim Flaherty, Canada’s Finance Minister, has invited Searle to a federal-pre-budget roundtable in Vancouver on January 21.

Searle succeeds René Massinon in the position as the Canadian president of CH2M HILL. The company currently has 1,200 employees and 10 offices across Canada. It has 23,000 employees worldwide.

Searle has 30 years of consulting engineering experience and has overseen a diverse range of multi-billion projects  in countries around the world.  Those projects include the expansion of the Panama Canal, the expansion of India’s Mumbai airport, and helping to oversee the development of venues and infrastructure for the London 2012 Olympic and Paralympic Games.   He also recently oversaw a $6.8 billion water and sewerage project in Singapore, a $50-million water resources program in the West Bank, and a $2.1 billion project of improvements to water and wastewater systems in Puerto Rico.

He has a Master’s degree in civil engineering from Marquette University. He is a certified environmental engineer, and a certified member of the Design-Build Institute of America.