A former executive of SNC-Lavalin has become the new president and chief executive officer of Golder Associates’ global operations.

Dr. Hisham Mahmoud is based in Atlanta, Georgia, marking the first time that Golder will have a global leader not based in Canada. The 7,000-strong employee owned company has no central headquarters, but has 180 offices worldwide.

In a press release of April 28, the company said Mahmoud had been appointed after an extensive global search. The company’s former head of global operations, Brian Conlin, stepped down in February after nearly five years in the post.

Mahmoud is the second high-ranking executive of SNC-Lavalin to move to another Canadian engineering company in recent weeks. At the end of April, CH2M appointed Alan Cary, previously with SNC-Lavalin Fayez Engineering in Saudi Arabia. as CH2M’s Canadian Regional Managing Director.

Golder’s press release noted that when SNC-Lavalin had announced Mahmoud’s departure, the Montreal company commended him for his lasting, positive contribution and for “tackling very challenging parts of the business, creating an efficient structure and world-class team, and preparing the groundwork to help the company move forward and reach its goals.”

Before he joined SNC-Lavalin, Mahmoud was with AMEC, where he last served as group president of growth regions, responsible for mining, oil and gas, power, environment and infrastructure sectors in the Middle East, Africa, CIS, Asia, and Australia. He has also worked for URS.

Ian Smith, lead board director of Golder welcomed Mahmoud and said: “Hiring our first external CEO represents a pivotal moment in the history of our great company. Hisham has all the attributes we sought to take the business forward. The common feature of his working life has been his ability to drive strategies that add value and generate business growth.”

Mahmoud is the second high-ranking executive of SNC-Lavalin to move to another Canadian engineering company in recent weeks. At the end of April, CH2M appointed Alan Cary, previously with SNC-Lavalin Fayez Engineering in Saudi Arabia. as CH2M’s Canadian Regional Managing Director. 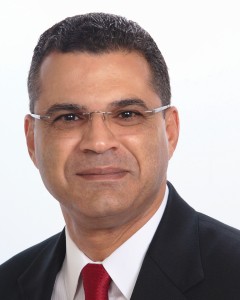