The facility expansion will double the size of the company's warehousing and service capabilities at its Oakville, Ont. headquarters. 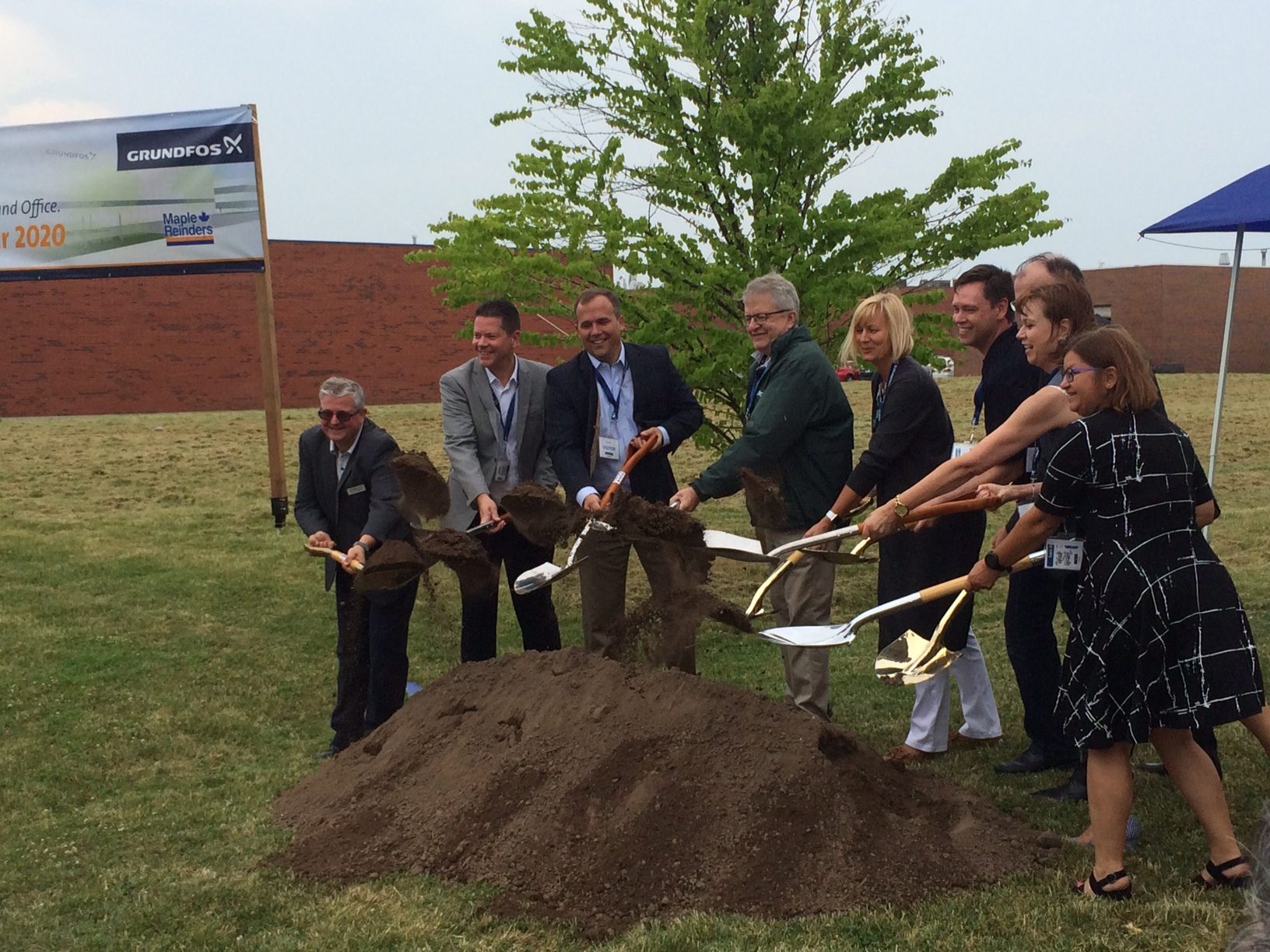 Grundfos Canada, the Canadian operation of the Danish-based pump manufacturer, held a ceremonial ground breaking of a $3.5 million expansion at the firm’s Oakville headquarters, effectively doubling the warehousing capacity of its current site, a move Simon Feddema, president, Grundfos Canada, anticipates will contribute to the goal of doubling the firm’s Canadian business as well.

The facility expansion, to be constructed by Maple Reinders, will grow the size of the company’s warehousing and service capabilities to 48,000 sq. ft.

Construction of the expansion is scheduled to be complete by July 2020. 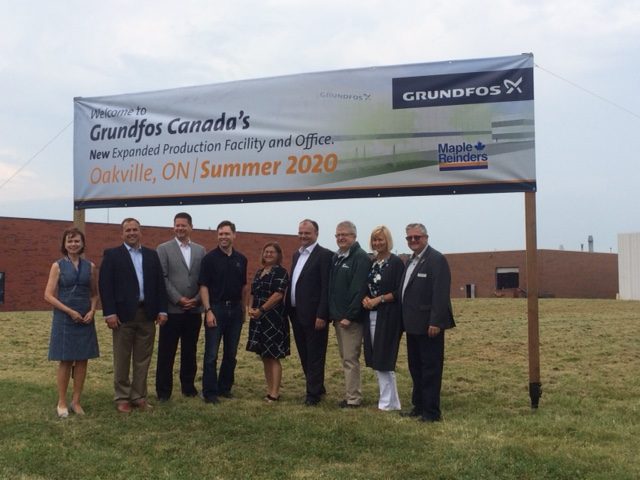 In ceremony was attended by the Oakville Mayor and City councillors along with a representative of the provincial government and Grunfos executives from Denmark and the U.S.

Grundfos established its first Canadian sales office in 1981 reporting to the U.S., and established Grundfos Canada Inc. in 1992, moving to its current Oakville location in 1997. The firm now employs over 100 people.