WSP were the LEED Consultants on the project, which is expected to save 500,000 L of water a year. 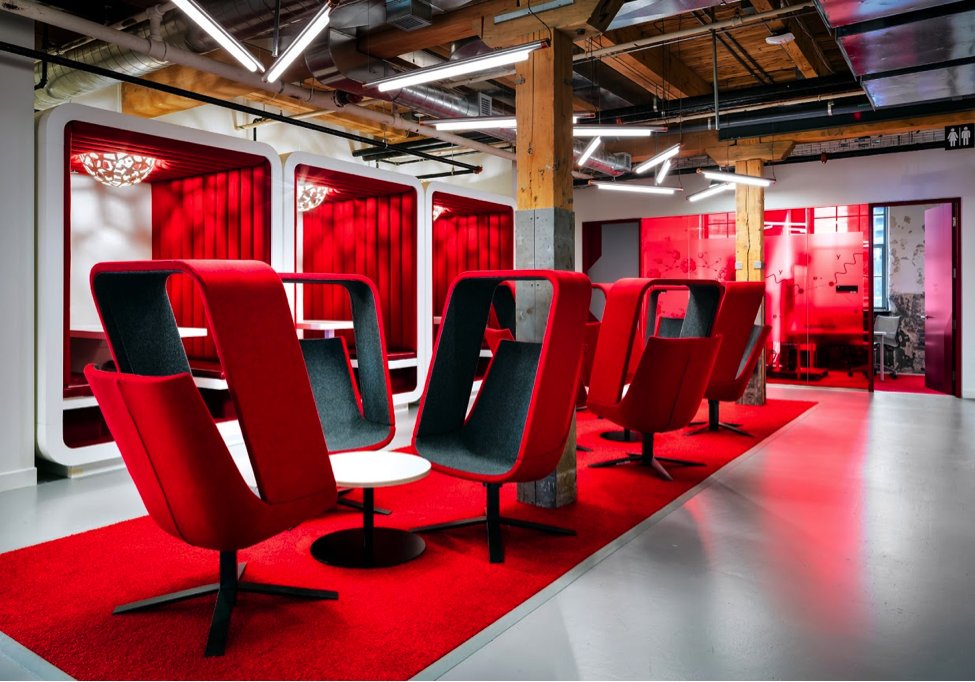 The Canada Green Building Council (CaGBC) has announced that the 100,0000 sq. ft. Google Office Phase 1 in Kitchener, Ontario has achieved LEED v4 Silver for Interior Design + Construction (ID+C), making it only one of four LEED v4 certified projects in the country.

The Google office space is located in the Breithaupt Block, a redeveloped historic building in the warehouse district of downtown Kitchener. The building is close to transit and bicycle paths in a dense and well-developed business area.

The project prioritized indoor air quality, with high levels of outdoor air ventilation provided, achieving 30% over the ASHRAE 62 standard. Every product and material also went through a stringent selection process with the goal of eliminating toxicants in the space, this process led to many of its LEED credits.

“The pursuit of LEED v4 pushed the project team to create a better space, and the experience has honed everyone’s ability to solve problems and adapt,” said Ben Campbell, service area manager of sustainability for WSP, in the news release. WSP were the LEED Consultants on the project.

Being one of the first LEED v4 projects for both Google and WSP, this project provides foundational experience for future projects. Google Office Phase 2 is also targeting LEED v4.

“With this certification, Google joins an elite group of owners in Canada who have demonstrated leadership by committing to LEED v4,” said Thomas Mueller, president and CEO of the CaGBC, in the release.

Google’s pursuit of LEED v4 is supported by: