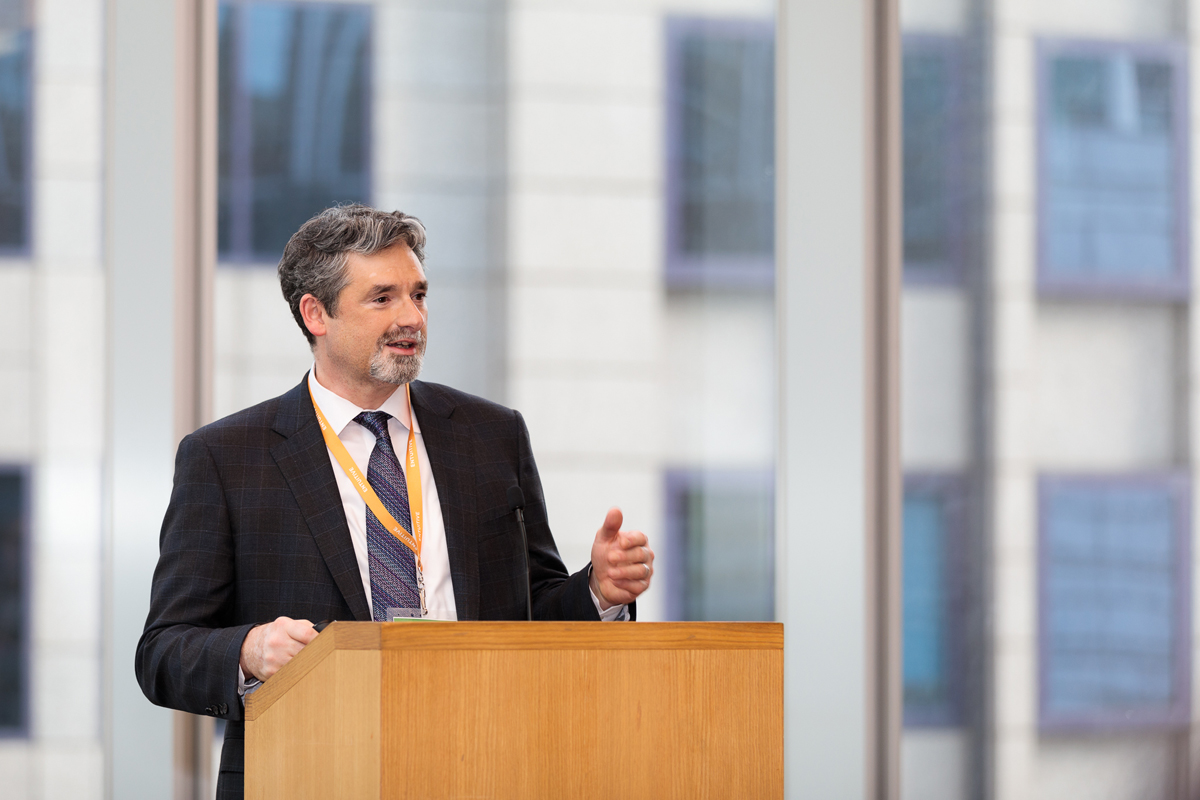 Over 150 people from Toronto’s development, design, and construction community gathered at the downtown Shangri-La hotel on Thursday, May 24, for the fourth annual Entuitive City Vision Client Appreciation and Industry event to hear Christopher Glaisek, senior vice president for planning and design at Waterfront Toronto, share his perspective on the future of cities through the lens of his team’s mandate to transform the city’s waterfront.

Brock Schroeder, Entuitive’s managing director, set the scene for the keynote presentation: “Many themes arise as we turn our attention to the cities of the future and what they might look like, including our decreasing reliance on cars and a growing dependence on data, or how AI and other emerging technologies will be integrated, and how our approach to sustainability and resilience will need to evolve.”

Glaisek talked about what Waterfront Toronto considers to be the measures of success, as they aim to deliver on their mandate by:

Partnerships, innovation (both technically and in design), engagement, and persistence were four pillars he identified as the key project delivery considerations that have contributed to Waterfront Toronto’s success to date.

The presentation showcased current and future Waterfront Toronto projects including the high-tech project led by Sidewalk Labs, their vision for, “A City Built from the Internet Up.”

A catalyst for redeveloping and transforming the city of Toronto, Port Lands Flood Projection and Naturalization was another complex project featured in the talk.

In addition to providing much-needed flood protection, this project will create a new island – Villiers Island – that will evolve into a sustainable mixed-use community with parks and open spaces along four distinct water’s edges.

Entuitive will play a role on the design of the Port Lands bridges – elements of the overall transportation system and enabling a connection across many of the waterways.