The focus of this year’s event, the fourth annual, was to establish relationships with newly-elected members of provincial parliament and to reconnect with returning MPPs. 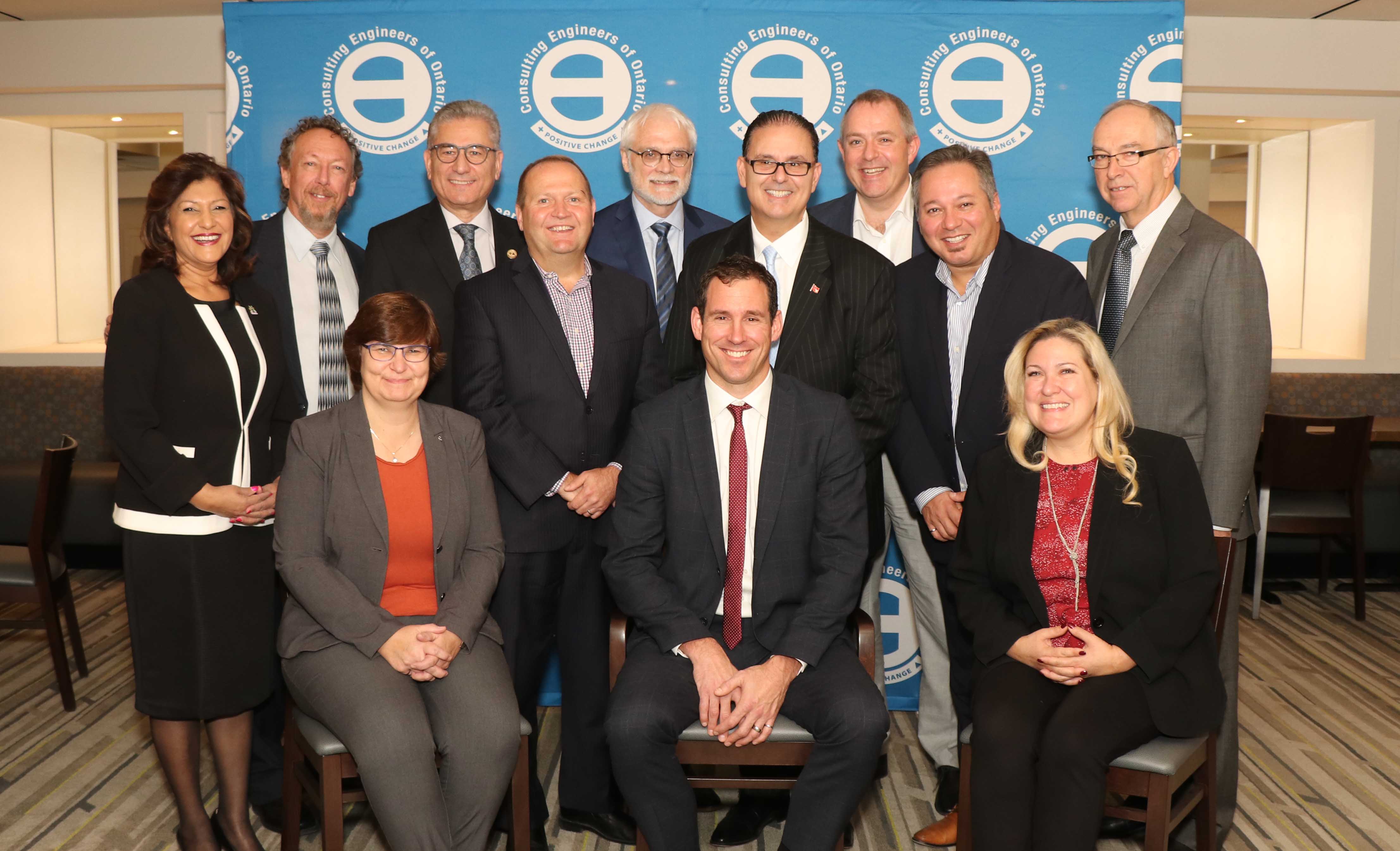 On October 22, Consulting Engineers of Ontario (CEO) held its fourth annual Queen’s Park Day, which gives CEO and its member firms an opportunity to meet face-to-face with elected officials and their staff to discuss issues relevant to the consulting engineering industry.

The focus of this year’s event was to establish relationships with newly-elected members of provincial parliament and to reconnect with returning MPPs. The event was made possible through the support of the new Member of Provincial Parliament, Kinga Surma, who represents the riding where CEO’s office resides.

“Our member firms play an important role in people’s daily lives – from planning, designing and delivering essential water treatment and management systems, to roads and highways, to transit services and more. Our industry transforms Ontario into a better and safer place to live. An important part of this is working closely with government,” said Jeremy Carkner, Chair of CEO’s Board of Directors, in a release.

The day at Queen’s Park began with a networking breakfast where CEO members and staff led an industry issues discussion with Progressive Conservative, New Democratic and Liberal MPPs before the opening of legislative business. Later a working lunch with the MPPs and staff took place, followed by a meeting with Premier’s Office policy officials responsible for infrastructure-related portfolios. These discussions focused on CEO’s priorities of: evidence-based infrastructure investment supported by asset management planning; sound procurement through equitable project contracting; and progressive legislative and regulatory reform.

“The day was a valuable opportunity for us to get in-touch with officials early in the fall session and to keep sound infrastructure investment front-and-centre as the government develops its legislative agenda,” said Carkner. “We met with 17 Ministers, Parliamentary Assistants and MPPs along with a dozen senior advisors from Premier’s Office, Infrastructure, Transportation, Finance and Environment Minister’s offices. It was a good day.”