J.L. Richards & Associates, based in Ottawa, is celebrating its 60th year. The engineering, architecture, planning and project management firm was founded in 1955 and is 100 per cent employee-owned. President and Chief Executive Officer Guy A. Cormier, P.Eng. said: “60 years is an incredible achievement that we can attribute largely to the dedication of our staff. As we continue to expand our business and take on even larger ventures, we expect our accomplishments of the last 60 years to carry through for years to come.” The Ontario company has expanded with offices in Sudbury, Kingston, North Bay, Timmins, Hawkesbury and Guelph, and is also active in 27 countries around the world. Its past projects include the Canadian Tire Centre, home of the NHL Ottawa Senators, and the Ottawa Macdonald-Cartier International Airport expansion. The firm also won a Canadian Consulting Engineering Award of Excellence for the Ravensview Wastewater Treatment plant in Kingston, and the Holcim North America Award for Sustainable Construction for the Vale Living With Lakes Centre in Sudbury. The firm was named one of Canada’s Best Managed Companies in 2013.

CBCL has appointed Brennan Thorne as branch manager of its office in Moncton, New Brunswick. Originally from Petitcodiac, N.B., he has lived in the Moncton area for 10 years and was project manager for the Killam Drive Roundabout project. CBCL’s head office is in Halifax, Nova Scotia.

Cion Corp., an Ingenium Group company based in Toronto that specializes in technical services for property and facilities management, has acquired Coulter Building Consultants of Burlington, Ontario. Coulter specializes in the assessment and correction of problems in commercial, institutional and multi-unit residential buildings. Victor Smith, president and chief executive officer of Ingenium Group, said the amalgamated company will be known as Cion|Coulter. It will have a team of 20 individuals and Kim Coulter will remain as the company president.

AECOM has appointed a new executive vice president and chief financial officer. Effective October 5, W. Troy Rudd, currently a senior vice president who holds several roles, assumes the CFO role from president Stephen M. Kadenacy. Kadenacy has served as CFO since 2011 but as president will now take on a broader operational responsibility across the organization.

Stantec acquired VA Consulting of Irvine, California at the end of August. Founded in 1973, VA Consulting has 60 employees who work throughout southern California in the community development, transportation and water engineering sectors. 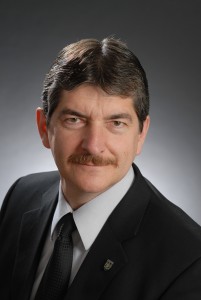 Guy A. Cormier, of J.L.Richards & Associates. 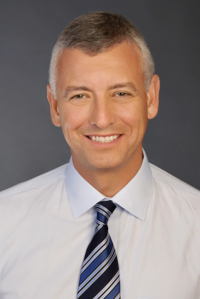