To date, the investigation has led to more than $12 million in payments by six colluding firms. 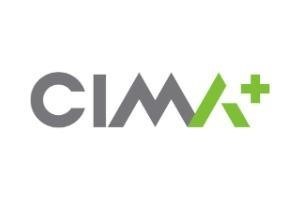 Following a Competition Bureau Canada investigation, a settlement has been filed today with the Superior Court of Quebec between the Public Prosecution Service of Canada and engineering firm CIMA+. As part of the settlement, the firm has been ordered to pay $3.2 million over the next four years to the Receiver General of Canada for bid-rigging on municipal infrastructure contracts in Quebec.

The settlement, which takes into account CIMA+’s previously reimbursed overpayments through the provincial government’s voluntary program, ends the bureau’s investigation of the firm’s role in a scheme that targeted contracts in Quebec City, Montreal, Laval, St-Eustache and Gatineau between 2003 and 2011.

“There is a price to be paid by those who defraud taxpayers by rigging bids on municipal contracts,” says Matthew Boswell, commissioner of competition. “This latest settlement is a reminder we will continue to pursue all those involved in such criminal schemes.”

The CIMA+ settlement involves no charges against the firm, which the court has also ordered to maintain a corporate compliance program designed to prevent further anticompetitive activities by its employees.