Bridge engineering specialists Buckland & Taylor of North Vancouver are now fully adopting the name of their international affiliate COWI.
It is 17 years since COWI acquired Buckland & Taylor, but the latter has continued to use its own name, a name which has garnered it a worldwide reputation and won multiple honours and awards. The firm has offices in Vancouver, Edmonton, Halifax and three in the U.S.
An announcement on January 1 said that from now on the company will be known as COWI-North America. It will continue to specialize in bridge engineering, but will operate along with two other COWI companies, which are devoted to tunnel and marine engineering. As a merged company COWI-North America will have approximately 320 employees. 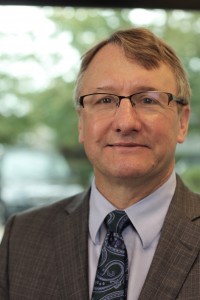 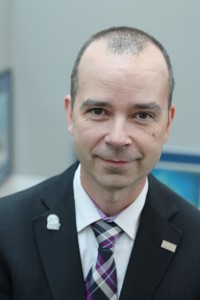 Steven Hunt, who remains president and chief executive officer of COWI North America, said: “Our decision to merge and rebrand at this time was deliberate…. We see this as an optimal time to combine our North American specialist businesses and lever the global scale of COWI in the bridge, tunnel and marine market.”
Darryl Matson, P.Eng., formerly president and chief executive of Buckland & Taylor, is now vice president – bridges in COWI North America. Winston Stewart becomes COWI vice president – marine, and a new appointment for the tunnel division will be announced soon.
Asked whether the new arrangement will mean any staffing changes, Matson says that the business as a whole is on a growth spurt. “We have a little over 300 in North America and our aspirations are to be closer to about 750 people in five years or so.”
He believes the transition to COWI will bring more opportunities for the firm. There is often overlap between bridge, tunnel and marine engineering on projects (for example LNG terminals may include pipe bridges). A more closely merged company will make it simpler to share expertise between different divisions and should simplify the contractual paperwork with clients.
The company founded by Peter Buckland and Peter Taylor distinguished itself for innovative designs around the world. In Vancouver they designed the Alex Fraser Bridge between Richmond and Delta which was the longest cable stayed bridge in the world when it opened in 1986, and the Lions Gate Bridge Deck seismic replacement which won a 2002 Schreyer Award in the Canadian Consulting Engineering Awards.
“Our big challenge will be making sure that everyone connects our strong reputation with the new name,” says Matson, adding “Effectively it’s all the same. We’re doing the same thing with the same people.”
Globally COWI has around 6,200 people and permanent operations in Scandinavia, the U.K., the Middle East, Korea, Southeast Asia and India, along with the 13 offices across North America. COWI’s presence in North America dates back to 1988 with the purchase of marine engineering firm Ben C. Gerwick. It acquired Buckland & Taylor in 1998, Ocean and Coastal Consultants in 2007, and Jenny Engineering Corporation in 2012.
The North Vancouver will be COWI’s Canadian headquarters. The U.S. headquarters are in Seattle, Washington.