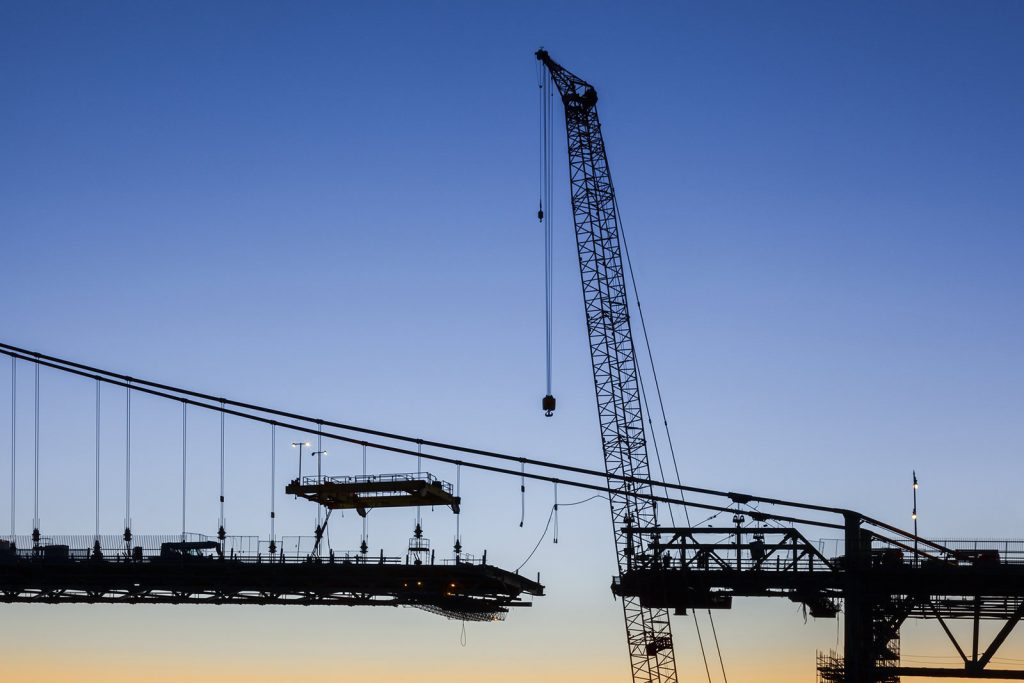 The 2018 Lieutenant Governor’s Award for Excellence in Engineering in Nova Scotia has been awarded to Halifax Harbour Bridges, along with COWI North America and Harbourside Engineering Consultants for the Angus L. Macdonald Bridge Suspended Spans Deck Replacement project, also known as “The Big Lift.”

The main scope of work included removing and replacing 20m lengths of the over 60-year-old deck and supporting structure, including the road deck, floor beams, vertical hangers and truss.

The bridge remained open as much as possible through construction to accommodate the 40,000 to 45,000 vehicles that cross the bridge daily.

Because of the significant public impact of the project, targeted communications began two years before on-site construction began and continued throughout to ensure targeted groups had the information they needed about the project.

An honourable mention was also awarded to PDI Engineering Group of Truro, NS, for the Colchester-East Hants Public Library and Truro Civic Square project. This project included the transformation of an 130-year-old, abandoned building in Truro and restoring it to house the new public library. The development of the civic square, including a new skating rink, was also part of the project.