Consulting Engineers of Ontario handed out their 2011 Awards in London on June 16. 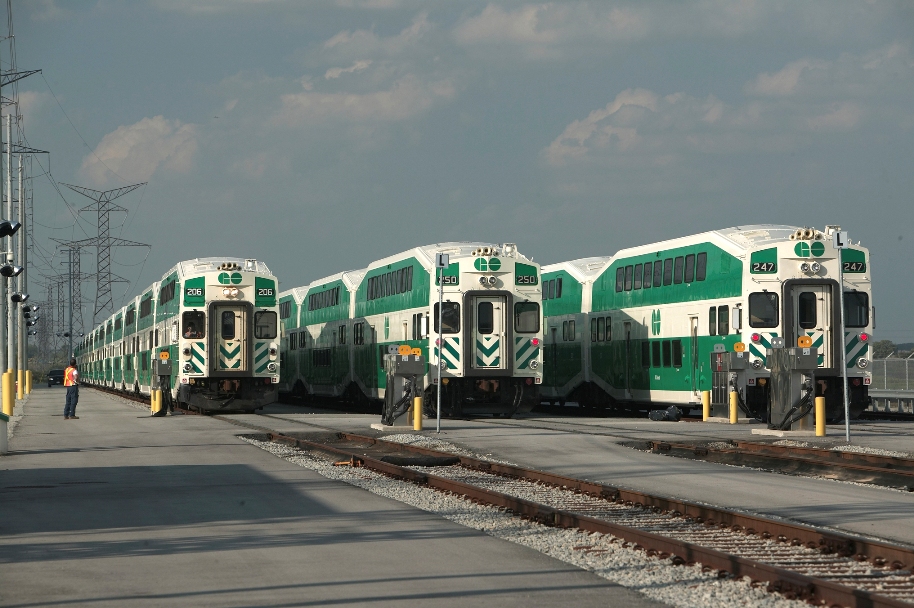 A seven year project to expand the GO Transit network in the Greater Toronto Area won the top 2011 Consulting Engineers of Ontario award for the AGM Program Managers consortium.

Consulting Engineers of Ontario handed out their 2011 Awards in London on June 16.

The winner of the top award, the Willis Chipman Award, went to a project done by a consortium of Hatch Mott MacDonald, IBI Group and MMM Group. The consortium is known as AGM Program Managers.

The consortium won for their work on a large $700-million project to expand and improve the GO Transit rail service through the Greater Toronto Area. The project, known as “GO Transit Rail Infrastructure Improvement Program (GO TRIP),” was a seven-year endeavour that began in 2003. AGM Program Managers oversaw the planning, and 80 engineering design and construction contracts.

The network carries 57 million passengers a year and one challenge of the expansion was that the work had to be done while maintaining the service. The project also had to have minimum impact on the residents who live near the tracks and other rail companies.

Thanks to the expansion, GO Transit increased its capacity for carrying passengers by 21% and improved the punctuality of its service. It was also estimated that the expansion eliminated one million kilometres of car travel every day.

Consulting Engineers of Ontario chose to recognize the project “as exemplifying the important contributions that consulting engineers make to Ontario.”

CEO also presented three awards of excellence which were given based on the size of the firm.

Tenova Goodfellow won an award of excellence in the category for firms with 1-25 employees. Their project was a “Slop Detection System to improve the Basic Oxygen Furnace (BOF) Performance and Safety,” a project done for ILVA Taranto.

DST Consulting Engineers won in the category for firms of 26-100 employees for the project “Slope Stabilization Using Environmentally Friendly Soil Nail and Root Technology.” The technology was applied to a section of the Echo River near Sault Ste. Marie, with Genivar as the client-owner.

In the category of firms with 101+ employees, the winner was Stantec Consulting. Their project was the Wychwood Barns, Green Redevelopment of a Heritage Building. The former Toronto streetcar facility is now a LEED-Gold community centre.

Awards of merit were given by project type, not by size of firm. These went to:

Stantec Consulting for the Grand River Assimilative Capacity Assessment for the Region of Waterloo (studies and research).