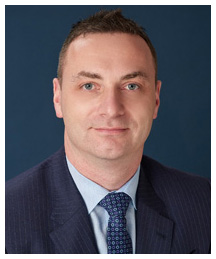 Andrew Gardner, a vice president and light rail expert based in Vancouver, has been named Transportation Planning Practice Leader for Canada and the Western U.S. Units of Mott MacDonald.

“Andrew is recognized for his expertise in the development and operations of light rail transit systems, and has helped ensure the success of many important projects,” said Nick DeNichilo, president and CEO, Mott MacDonald North America.

A Chartered Engineer with over 25 years’ experience in the development, planning, designing, and financing of major light rail transit projects in Canada, the U.S., and the UK, Gardner has worked as both an owner and consultant, and has managed large multidisciplinary design teams.