Sokoloski, who will be based in the Vancouver region, will oversee owner-side services on complex, multi-disciplinary infrastructure projects for large design-builds, public-private partnerships and other owner engineer services. 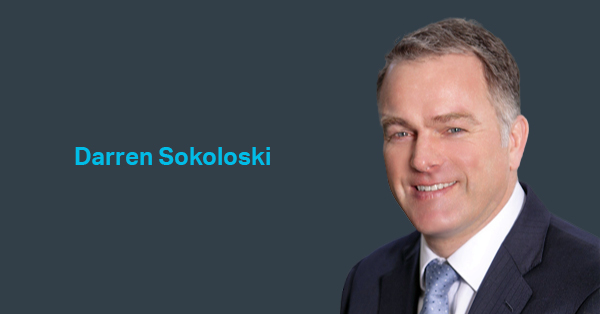 “We’re very pleased to have Darren join AECOM,” said Marc Devlin, AECOM’s regional chief executive, Canada. “As the leader of our P3 advisory practice, we will be able to leverage his extensive industry experience and business network to expand our footprint in Western Canada while also having him fully engaged in our work in other parts of the country.”

“I’m delighted to be joining a world class company like AECOM and to be working with a team of professionals who have established a compelling and highly valuable service offering for owners in the infrastructure sector,” Sokoloski said.

Sokoloski, who will be based in the Vancouver region, earned a Master of Business Administration from the S.C. Johnson Graduate School of Management at Cornell University in New York and the Smith School of Business at Queen’s University in Canada and a Bachelor of Engineering, Mechanical Engineering First Class from the University of Victoria. He is licensed as a Professional Engineer by the Association of Professional Engineers and Geoscientists of British Columbia.