AECOM has announced its year-end financial results.  Based in Los Angeles, AECOM is a global infrastructure firm with a heavy contingent of offices and 6,100 employees in Canada.

The statement noted that the company has now paid down $1.2 billion of debt since acquiring URS two years ago. It had its second-consecutive year of double-digit growth in Building Construction, and continued with strong profitability in Management Services. The statement also noted that the company had: “Record $6.3 billion of wins in the fourth quarter, reflecting the strength of our combined platform and growing client demand for design, build, finance, and operate services.” 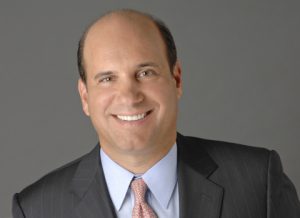 Commenting on the results, Michael S. Burke, AECOM’s chairman and chief executive officer, said: “We achieved our EPS and free cash flow targets. However, our fiscal 2016 financial performance was negatively impacted by market challenges, including uneven client spending in our Americas Design business, continued market pressures from low oil and gas prices, and lower than anticipated earnings contributions from the sizable power and industrial construction wins in the second half of the year due to the timing.”

“Importantly, we entered fiscal 2017 with strong momentum,” Burke continued, “and our confidence in the long-term trajectory of our business has never been greater. Our $6.3 billion of wins in the fourth quarter marked a new high, highlighted by the new NFL Rams stadium in Los Angeles and a 1.6 book-to-burn in our Americas Design business.”

Stephen M. Kadenacy, president and chief operating officer, said: “We have integrated two large organizations and now have the industry’s best people, systems, and capabilities focused on growth. We are focused on driving collaboration across the company to meet our clients’ growing demands for integrated delivery.”