The Coalition helps organizations mobilize and advocate for freer trade within North American and around the world. 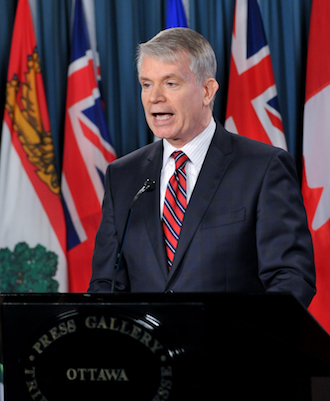 The Ottawa-based Association of Consulting Engineering Companies – Canada (ACEC) has formally joined the Coalition to Keep Trade Free, an initiative led by the Canadian Chamber of Commerce.

The decision to join was sparked by uncertainty around future NAFTA negotiations, and an understanding of the impacts U.S. tariffs will have across all engineering sectors and the Canadian economy as a whole.

The Coalition to Keep Trade Free helps organizations mobilize at the local, state/province and federal levels to advocate for freer trade within North American and around the world, as well as to ensure a successful renegotiation of NAFTA for continued economic prosperity for Canada, the U.S. and Mexico.

“Consulting engineering in Canada is a $27.7 billion a year industry. ACEC member firms directly employ over 60,000 Canadians and build the infrastructure that keeps Canadians safe, healthy and productive. Free trade is in the best interests of our clients and the Canadian economy. It is an essential policy piece that creates a business environment that allows our members to be successful and help build a better Canada,” said John Gamble, president/CEO of ACEC.

The announcement of ACEC’s support was made at a press event on Parliament Hill. The Coalition to Keep Trade Free will amplify the collective voice of all those business and public interest groups who understand that free trade is an essential building block of our economy.

“The Association of Consulting Engineering Companies – Canada understands that free trade is critical to the Canadian economy. Not only are Canadian consulting engineering companies competitive under free trade, but they also deliver the trade-enabling infrastructure that connects communities and allows all sectors to efficiently access markets,” added Gamble.

“Canada and the U.S. have been growing together as neighbours for nearly 200 years, creating shared prosperity for businesses on both sides of the border. We need to come together with one voice to protect North American companies and jobs as we are already one business community,” said Hon. Perrin Beatty, president/CEO of the Canadian Chamber of Commerce.

“Through the member organizations of this large and growing coalition, we are building the case for a modernized North American Free Trade Agreement that is mutually beneficial to all parties and will allow us to grow our economies and be globally competitive,” added Gamble.