Both announcements were made today during a virtual annual general meeting (AGM). 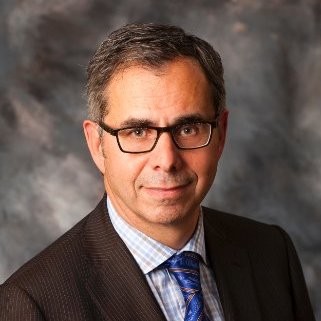 The Association of Consulting Engineering Companies – Canada (ACEC-Canada) has announced Sylvia Jungkind (not pictured), senior contracts and insurance specialist for WSP Canada, is the recipient of its 2020 chair’s award. The organization has also named Morrison Hershfield president and CEO Anthony Karakatsanis, P.Eng. (pictured), as its next chair.

Jungkind was selected for the award in recognition of her service on the business practices advisory committee. She has also represented ACEC on the Canadian Construction Documents Committee (CCDC), of which she is currently vice-chair, and contributed to the development of CCDC Document 31: Service Contract Between Owner and Consultant, set for release this December.

“This is an opportunity to recognize long and dedicated service to the consulting engineering sector,” says outgoing ACEC chair Lawrence Lukey, P.Eng. “ACEC members—and their clients, for that matter—benefit from standardized forms of agreement that are clear and fair to all parties.”

Meanwhile, Lukey will be succeeded as chair by Karakatsanis for the 2020-2021 term. He first joined ACEC’s board in 2016 and has served on a variety of its committees.

“Anthony’s professional success, combined with his passion for our sector, will make him an effective ambassador and advocate for our industry and our association,” says ACEC president and CEO John Gamble, P.Eng.

Both announcements were made today during the association’s virtual annual general meeting (AGM).