Infrastructure Project of the Year was awarded for the Eglinton Crosstown LRT Tunnels. 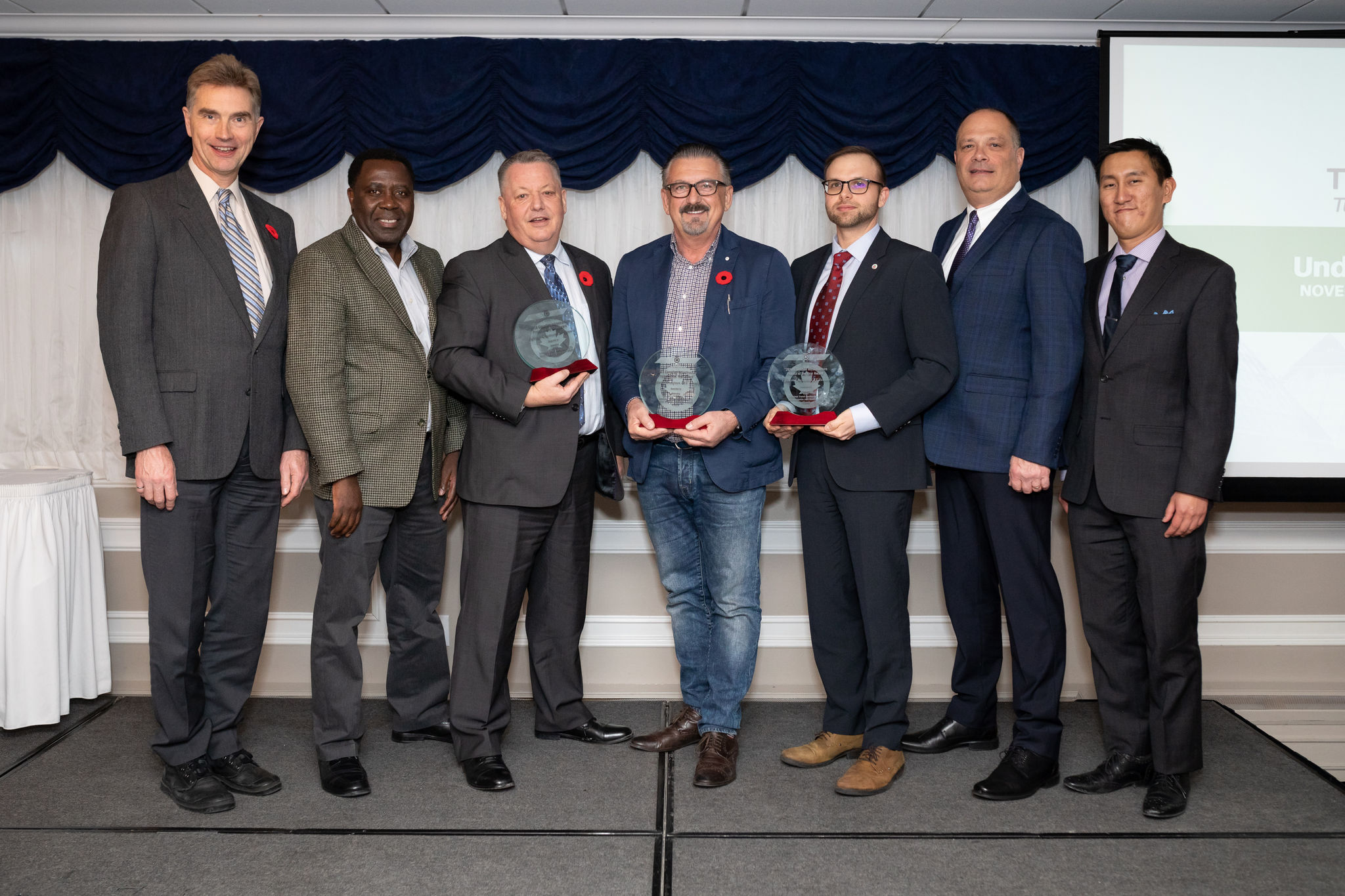 The Tunnelling Association of Canada (TAC) handed out awards during its two-day conference held in Edmonton November 8-9.

TAC’s Lifetime Achievement Award was presented to Garry Stevenson of Klohn Crippen Berger. Stevenson served as TAC president from 2004 to 2008.

“To be recognized as the Infrastructure Project of the Year for a project that will forever change the face of transit in Toronto is a great honour. Congratulations to all involved with the project and for making this successful project an award winner!” stated Gary Kramer, senior vice president, Hatch, a key member of the Eglinton Crosstown project team who was on hand to accept the award. Hatch’s work included the preliminary project design, procurement, and assistance for early works items. As the project progressed, the company provided detailed design of the tunnel alignment, precast tunnel liners and structures, along with utility relocation, construction management, and program management services.