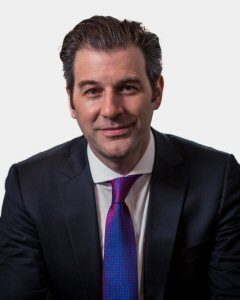 Montreal-based engineering company WSP has announced it is acquiring  Mouchel Consulting, a U.K. company of 2,000 people.

The company’s staff are mostly located in offices across the U.K. and Ireland, but it also has a presence in the Middle East. It has “broad expertise” in the public transportation and infrastructure sectors, particularly in highways and intelligent transportation systems (ITS).

For the 12-month period ended June 30, Mouchel Consulting had net revenues of approximately Cdn. $157 million, generating an Adjusted EBITDA of GBP Cdn. $15.7 million. The company’s projects include work on the U.K.’s National Traffic Information service, the world’s largest traffic information system. In the Middle East its work includes the design and upgrade of the Riyadh storm water drainage network in Saudi Arabia.

The announcement of October 12 listed four specific reasons why the acquisition was done, as follows:

•           It strengthens WSP’s presence in the UK public infrastructure sector and more specifically in highways design, Intelligent Transport Systems and the regulated water industry, which are markets where WSP was looking to increase its presence.

•           It strategically positions WSP to benefit from upcoming opportunities in the U.K. public sector, driven by factors such as the recently announced government commitment to the National Infrastructure Delivery Plan spend, of which CAD $550 billion will be invested in infrastructure projects to 2020/21.

•           It complements WSP’s world-class transportation expertise in roads, highways and rail services, by adding ITS and land referencing know-how to WSP’s global team.

•           WSP’s management believes that Mouchel Consulting’s core values of integrity, excellence, safety and growth are well-aligned with WSP’s corporate culture, philosophy and strategy and that both management teams share similar values, and possess an in-depth understanding of their respective business segments, geographic markets and potential for growth.”

Miles Barnard, managing director of Mouchel Consulting said: “We are pleased about the prospect of joining WSP, as our cultures are aligned and our operations are complementary, which should create new opportunities for our employees and clients.

Alexandre L’Heureux, president and chief executive officer of WSP, said: “This acquisition fits with our 2015-2018 growth strategy, where we aim to become a top-tier player in each of the regions and sectors where we operate, while strengthening our presence in industrialized countries and our activities in non-cyclical sectors.”

WSP and WSP-Parsons Brinckerhoff employ around 34,000 people in 500 offices across 40 countries. They include engineers, advisors, technicians, scientists, architects, planners, surveyors and environmental specialists.

Mergers and Acquisitions
Print this page