For the first time in five years the province's on-budget and on-time performance for P3 projects both declined slightly. 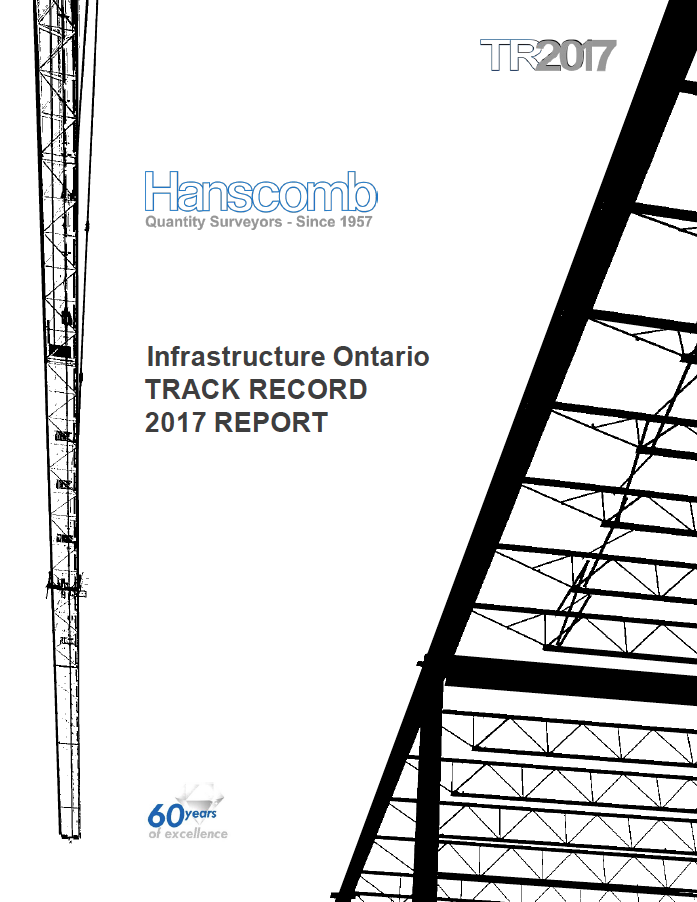 Infrastructure Ontario has released a third-party review of its project delivery results, TRACK RECORD 2017, and the findings reveal that of 56 alternative financing and procurement (AFP) projects that reached substantial completion as of March 31, 2017, 53 (or 95%) were completed on budget, and 70% (39 of 56) were completed on time—meaning a project was completed before or within one month of the scheduled substantial completion date.

This is the fifth annual independent review Infrastructure Ontario has commissioned. The analysis this year was performed by quantity surveyors Hanscomb.

The report indicates that there has been a nominal decrease in the on-budget and on-time performance compared to previous years. For the first time in five years the on time performance dropped to 70% from 73%, and the on budget performance has dropped from a high of 98% in 2015 to the lowest level recorded at 95%.

However, as Hanscomb notes in the report: “It is our professional opinion, based on this analysis, that Infrastructure Ontario’s on-budget and on-time performance exceeds generally accepted industry standards for capital projects.”

The 27-page report includes explanations and analysis of the AFP or public-private-partnership (P3) processes and track records.

The author’s final recommendations suggest, “On-Time performance is strong but could benefit from continued monitoring of projects and lessons learned. As Infrastructure Ontario’s portfolio ventures into the delivery of more civil AFP projects, complexity will increase and new strategies may be required to manage these types of projects.”