A summary of five meetings held by the standing committee on transport, infrastructure and communities in February 2017. 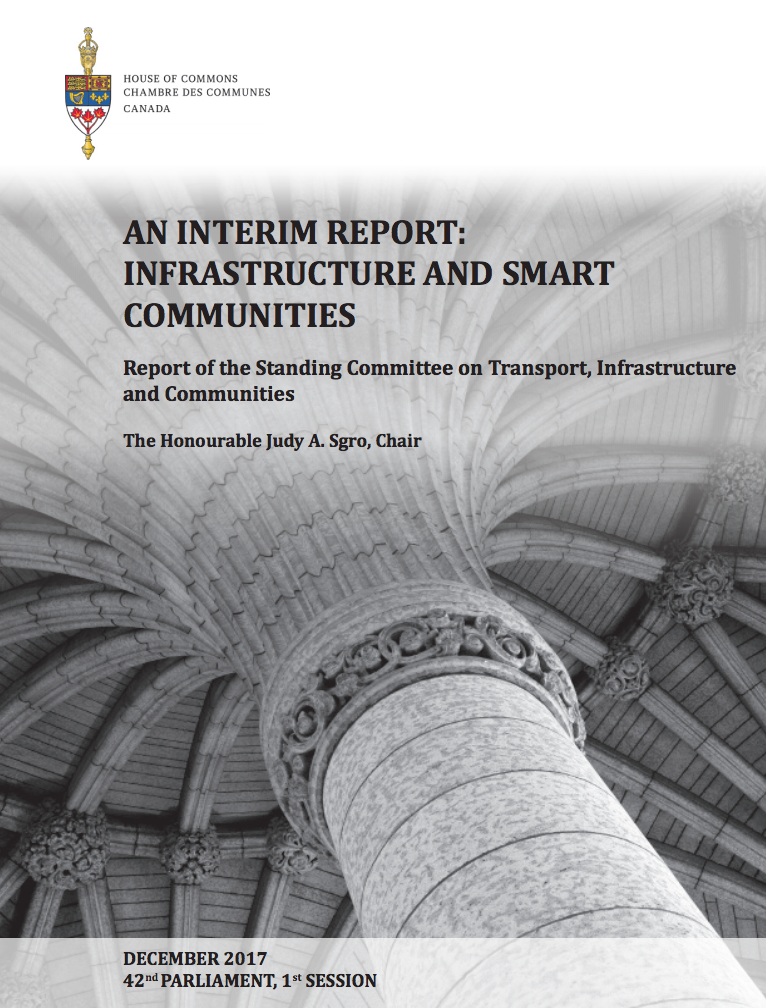 Led by Member of Parliament Judy Sgro, the forward-looking interim study is a summary of five meetings the committee held in February 2017. The group heard from 26 witnesses, including academics, municipal representatives, tech firms like Google and a representative from IBI Group.

The report touches on issues like the impact of autonomous vehicles on infrastructure and how a rise in the volume of electric vehicles will place new demands on buildings, new and old.

The report acknowledges that a clear definition for a Smart Community is still being developed, but it basically involves the integration of technology to improve the lives of citizens.

Broad issues of connectivity, privacy and security are all considered in the report, as well as the investment and research and development required from both the private and public sectors, along with the need for universal standards to be developed for future technology compatibility.