The building will be York Region's first public university. 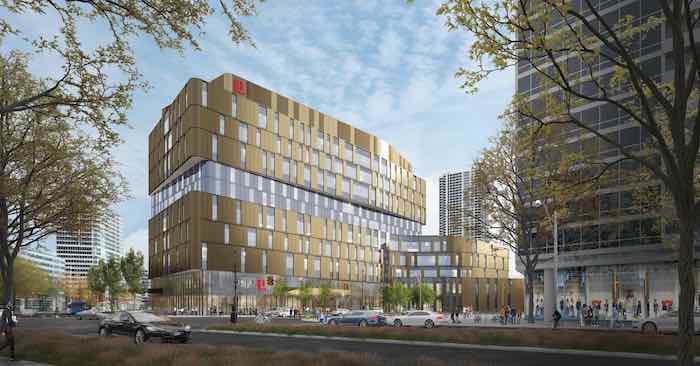 Designed by Diamond Schmitt Architects, the MCC’s 400,000-sf facility will comprise a five-storey podium and a five-storey tower above it, interspersing bronze-anodized aluminum cladding and ‘bird-friendly’ fritted glazing in its fenestration pattern. The ‘vertical campus’ will accommodate up to 4,200 students and connect via pathways with nearby amenities, including a civic athletic centre, a transit hub, cinemas and a commercial district.

Stuart Olson—which has just entered an arrangement agreement to be acquired by Bird Construction—will begin construction this summer.

The facility is slated to open in time for the 2023 academic year.