Work began this spring on the final four projects that will see the completion of a 14-year effort to expand the CHU Sainte-Justine Mother and Child University Hospital Center in Montreal by 2016. 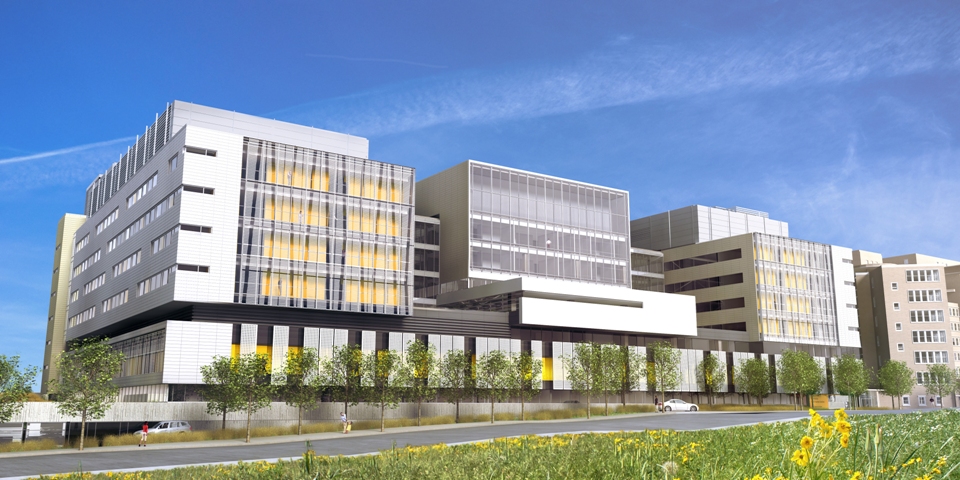 Work began this spring on the final four projects that will see the completion of a 14-year effort to expand the CHU Sainte-Justine Mother and Child University Hospital Center in Montreal by 2016.

SNC-Lavalin will be responsible for the engineering design of civil, structural, mechanical, electrical, IT, security and communication systems, procurement, construction and commissioning of a seven-storey building for specialized care units, new research centre, 1,200-car underground parkade and power plant. The company’s Montreal offices are handling the work. The cost of the four structures is pegged at $446 million.

Extensive excavation and blasting is required for the four projects. “The excavation quantities will total approximately 44,700 cubic metres of soil and 103,500 cubic metres of rock over a footprint of 17,728 square metres. As the existing landscape slopes by 13 metres, the excavated depth will vary. The maximum depth will be approximately 14.5 metres,” says Charles Chebl, executive vice-president, SNC-Lavalin.

Microblasting is being used to reduce noise and vibration for the removal of the hardest bedrock and must be coordinated with the existing hospital operations. SNC-Lavalin notes that other challenges include work associated with the adjacent building on 5757 Decelles Ave., the connections to the existing hospital and tunnels, mechanical and electrical interactions between the new buildings and the existing systems and the scheduling challenge of completing the parkade before the milestone dates.

Both the specialized care unit and research centre will have curtain wall and brick envelopes. However, the specialized care unit will have a higher concentration of curtain wall and its façade on Côte-Ste-Catherine will be mainly glass. An atrium joining the two buildings will have a full, east-facing glass façade. The buildings will have reinforced concrete structures with steel penthouses and passageways.

The project architects are the Montreal-based firms of Menkès Shooner Dagenais LeTourneux, Architectes, and Provencher Roy + Associés, Architectes. The projects are being designed and executed with the goal of achieving LEED Silver certification.

The entire suite of modernization projects, which will increase the CHU Sainte-Justine by 65%, include expanding the Charles-Bruneau Cancer Centre, inaugurated in 2007; redesigning the neonatal intensive care unit, inaugurated in 2009 (SNC-Lavalin and BPA carried out this redesign in a joint venture); the paraseismic reinforcement of existing buildings, completed in 2008-9; acquiring and modernizing the building at 5757 Decelles Ave.; and relocating the Manoir Ronald MacDonald in 2010.