The draft Master Innovation and Development Plan is over 1,500 pages and divided into three volumes. 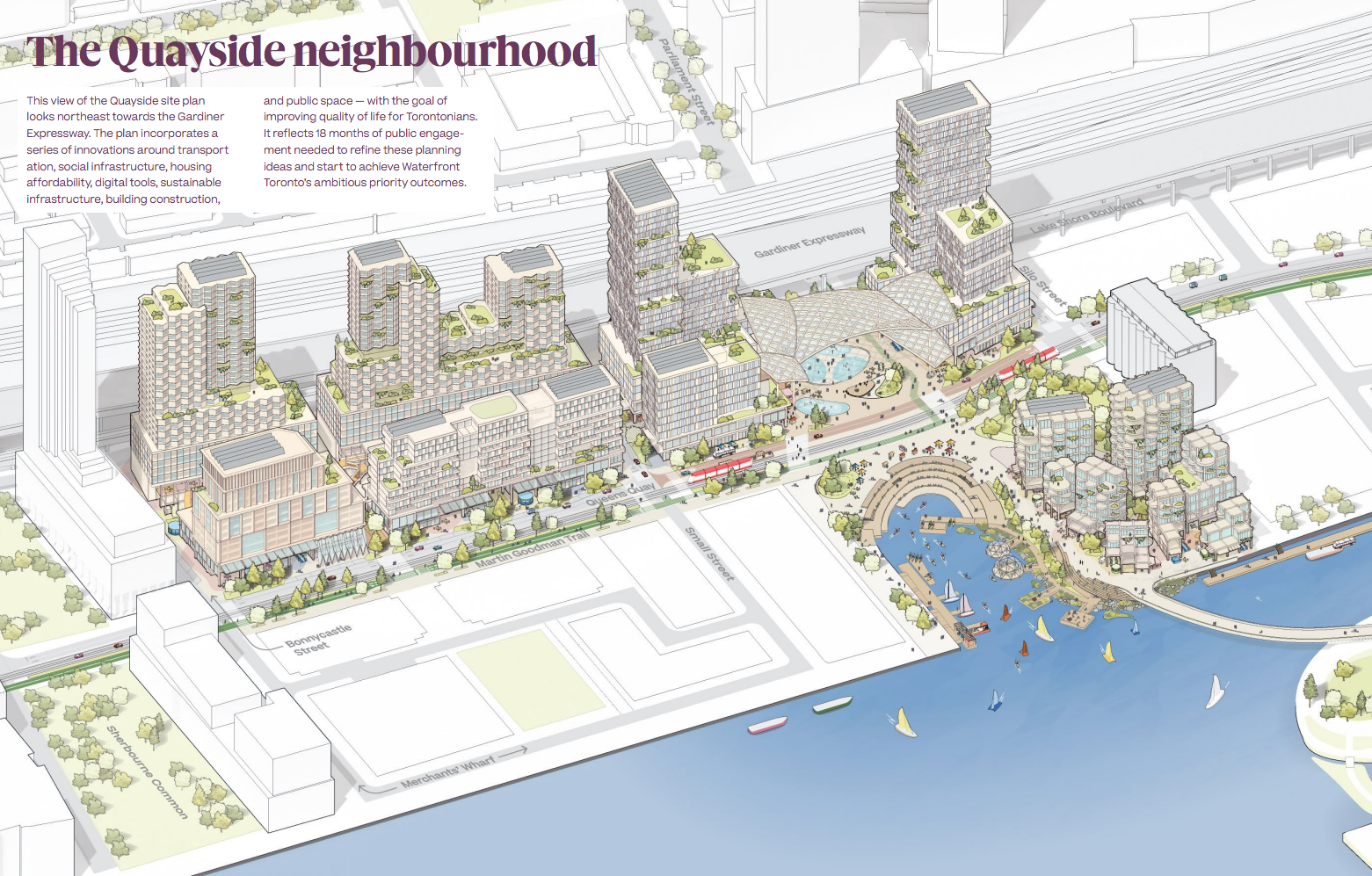 Waterfront Toronto has released the draft Master Innovation and Development Plan (MIDP) proposed by Sidewalk Labs for the Quayside neighbourhood along the shores of Lake Ontario.

Volume 1 – focuses on the planning concepts and proposed operational systems.

In a separate Overview document, Sidewalk Labs outlines a few interesting facts, including:

The entire MIDP is available on Waterfront Toronto’s QuaysideTO.ca website, physical copies will be available at Toronto Public Library branches across the city, and public consultations are set to begin on July 15th.