Schulich School of Engineering expands at University of Calgary 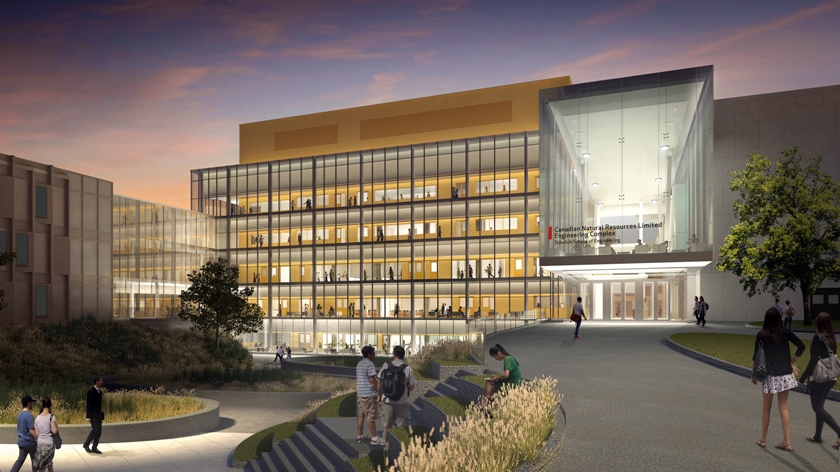 Architectural rendering of Schulich Scool of Engineering, University of Calgary.

The Schulich School of Engineering at the University of Calgary is undergoing a transformation. A new expansion under construction adds approximately 18,300 gross square metres to the complex, and in addition 11,000 gross square metres of existing space is being renovated. With construction just begun, completion is expected in 2016, the project’s total value is $158 million.

In October the name of the building addition was changed to the Canadian Natural Resources Limited Engineering Complex, after the company donated $7 million to the engineering school.

Currently the school accommodates 4,500 students and with the addition will be able to take at least 400 more. It provides teaching and research facilities in a wide range of engineering fields, ranging from civil, mechanical and electrical, to geomatics, bioengineering and petrochemical engineering.

The expansion adds a central atrium space that will create a new focus and crossroads for the existing rambling complex to encourage social and academic interaction.

There will also be advanced research labs and seven new and refurbished lecture theatres ranging in size from 90 to 240 seats. One is a multi-purpose auditorium that can be transformed into an exam hall, dining hall or exhibition space.