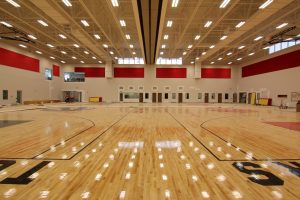 Entuitive were the structural engineers for the Toronto Raptors’ new training facility which opened this spring. Located on the Exhibition Place grounds in downtown Toronto, the 6,480-m2, BioSteel Centre has two NBA-sized practice courts. The architects were Guernsey Architects and Baldwin & Franklin. The client was Maple Leaf Sports and Entertainment.

Urban Systems was engineering consultant for the Tsawwassen First Nation $27-million sewage treatment plant, which opened in March. The plant, located in southwest B.C., paves the way for development on Tsawwassen Lands for residential, commercial and industrial projects. Maple Reinders did the construction.

WSP/Parsons Brinckerhoff, CIMA and TSS-Transport Simulation Systems are contracted by the Ontario Ministry of Transportation to investigate the feasibility of having High-Occupancy Toll (HOT) lanes on five busy highways in the Toronto area. They are the Queen Elizabeth Way, Highways 400, 401 (west), 404 and 410. The engineers’ work includes reviewing different pricing mechanisms and technologies.

AECOM has been retained by the Ontario Ministry of Transportation to do detail design on widening Highway 401 from the Highway 403/410 interchange to the Credit River in the Mississauga, west of Toronto. The 7-km project will complete the expansion of this section of Canada’s busiest highway from its current 6 lanes to a 12-lane core and collector highway. The expanded road will include an HOV lane in each direction.

AECOM has also been selected by the Ontario government’s agency Metrolinx to provide technical advisory services on the Hurontario LRT in Mississauga and Brampton, west of Toronto, as well as the Hamilton LRT project. The seven-year contract is worth $100 million.

Construction on a new wastewater treatment plant in the town of Nanton, southern Alberta, began in April. ISL Engineering & Land Services are consulting engineers on the plant, which is designed to service up to 4,000 people.