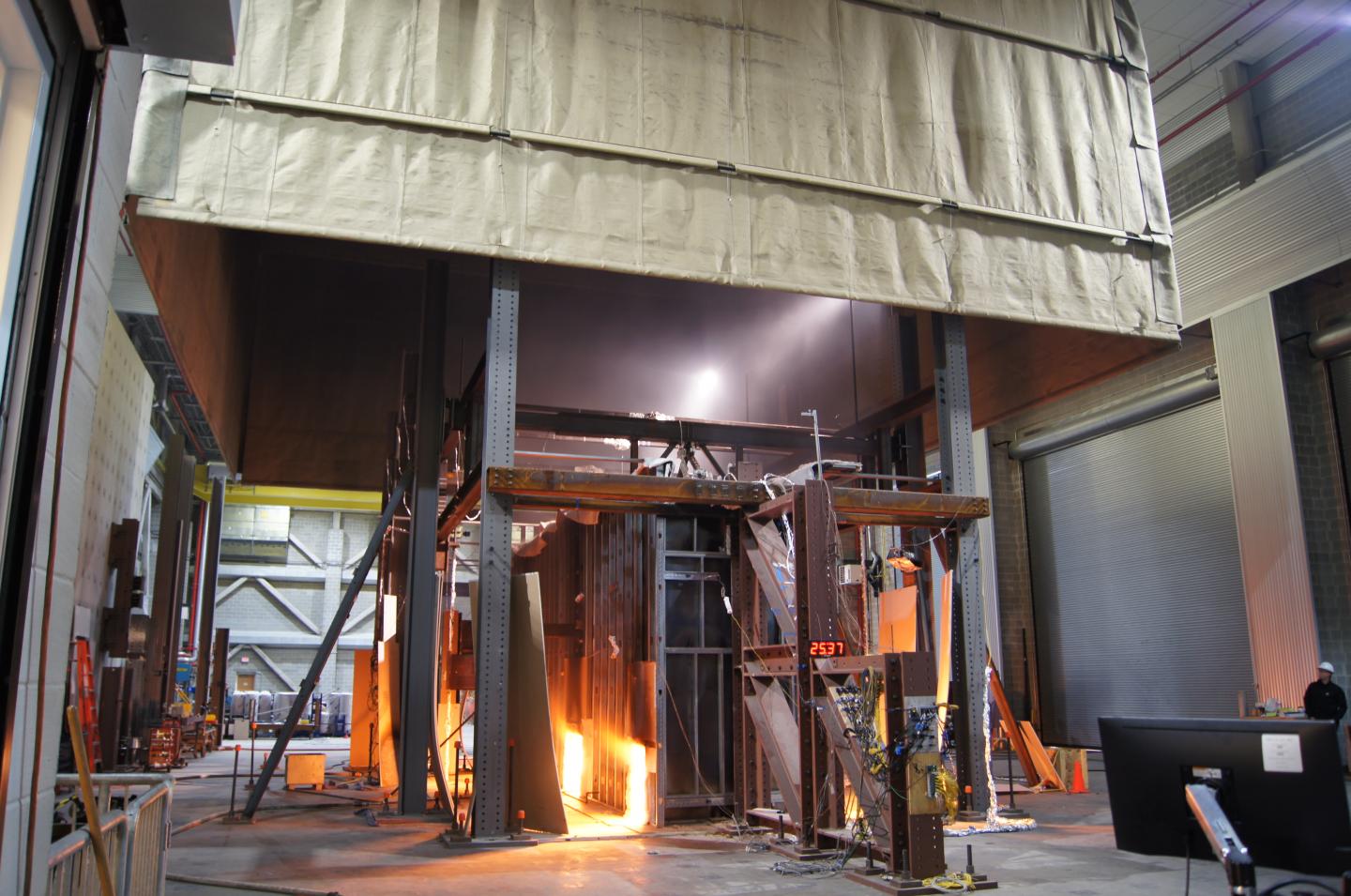 Engineers and technicians at the U.S. National Institute of Standards and Technology (NIST) have investigated how fires cause office buildings’ floors to collapse, conducting tests that are hoped to lead to stronger building codes and improved design tools.

The engineers spent months meticulously recreating long concrete floors supported by steel beams, as commonly found in high-rise office buildings, then deliberately set the full-scale replica structures ablaze with fires produced by three gas-fuelled burners, destroying them in a fraction of the time it took to build them.

The experiments resulted in cracked concrete slabs and contorted steel beams, along with insight into how structures behave and fail in uncontrolled fires. The results of the study, published in the American Society of Civil Engineers’ (ASCE‘s) Journal of Structural Engineering, indicate even structures built to code are not always equipped to survive the forces induced by extreme shifts in temperature.

Fireproofing materials are sprayed or painted onto weight-bearing beams and columns to slow their rise in temperature during a fire. Building codes require these materials to be thick enough to delay structural deterioration for a certain number of hours, while the responsibility of putting fires out and preventing them from spreading typically falls on sprinkler systems, local fire departments and other measures outside structural design.

While this approach to fire safety is typically sufficient to protect most buildings from collapse, there are rare situations where fire protection systems and firefighting efforts are not enough. In such dire circumstances, flames can burn so hot, they overwhelm the fireproofing defence.

As components of a building undergo thermal elongation at elevated temperatures, the steel beams that hold up floors in office buildings are typically bound at their ends to support columns, which generally stay cool and maintain their shape longer, due to additional fireproofing and reinforcement of the surrounding structure. So, as the beams heat up, they can press up against their uncompromising boundaries, break their connections and cause floors to collapse.

To better prepare for these worst-case scenarios, structural designs may need to account for such forces introduced by fires; and because the behaviour of a burning building is complex, structural engineers need help predicting how their designs would hold up in an actual fire. Computer models could provide guidance, but to be effective, they will need a considerable amount of experimental data—hence the NIST tests.

“The main purpose of this experiment is to develop data from realistic structure and fire conditions that can be used for developing or validating computational programs,” says Lisa Choe, NIST structural engineer and lead author of the study. “Then the programs can be expanded to different building configurations and used for design.”

Standard tests use laboratory furnaces that accommodate individual components or small assemblies, without the end connections used in buildings, and structures are seldom tested at realistic scale. In NIST’s National Fire Research Laboratory (NFRL), however, engineers were able to build and safely burn structures up to two storeys tall and inspect the destruction. They formed concrete slabs atop steel beams spanning 12.8 m, suspended the floors in the air and fastened them at their ends to support columns, either by double angle or shear tab connections. 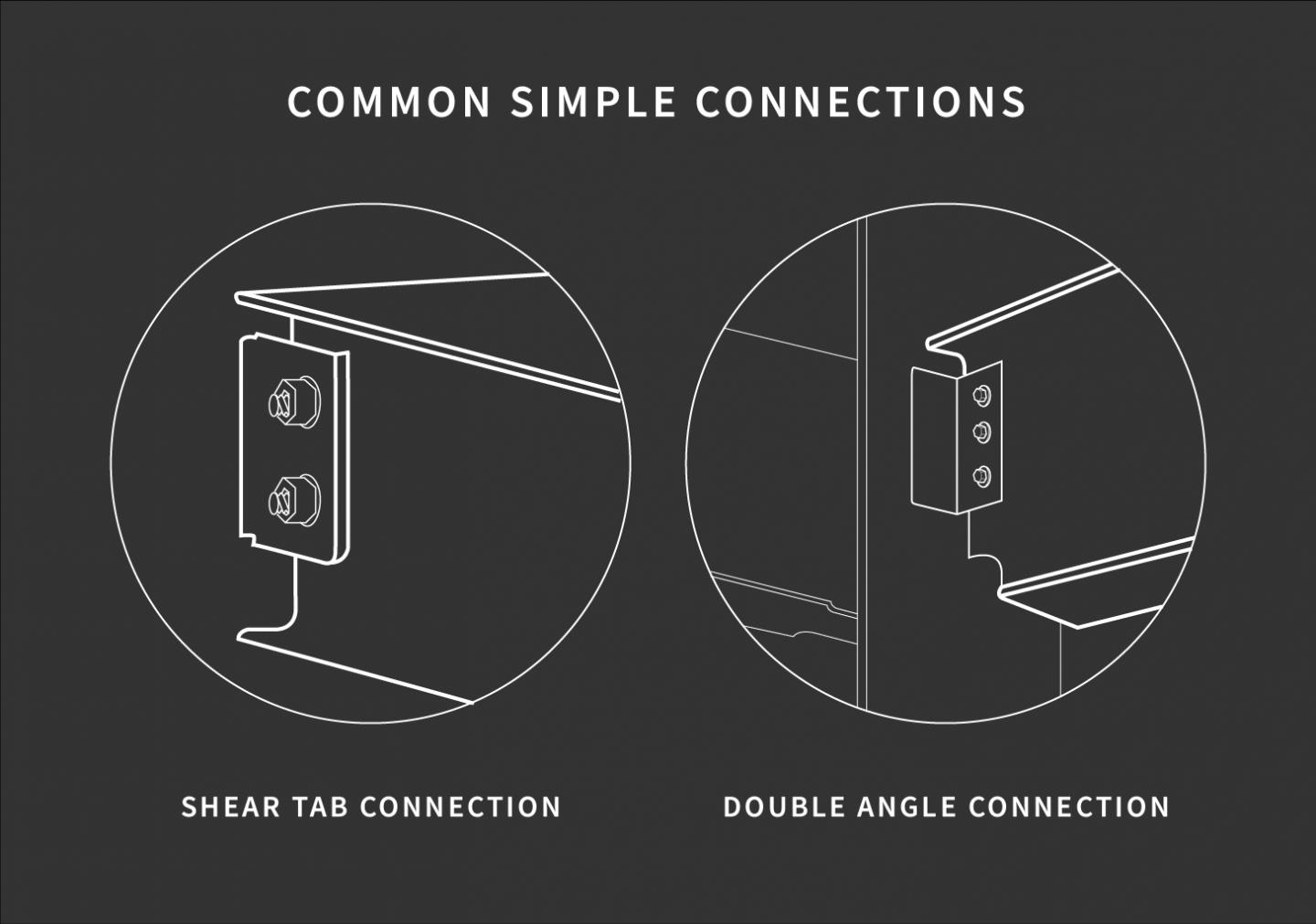 They also used a hydraulic system to pull down on the floors, simulating the weight of occupants and furniture. The beams were coated in a fireproofing material with a two-hour rating to meet building code requirements.

Inside a fireproof compartment, the three burners torched the floors from below, releasing heat as rapidly as a real building fire. While the compartment warmed up, instruments measured the forces felt by the beams, their deformations and their temperatures.

As the temperatures within the compartment surpassed 1,000 C, the expanding beams, constrained between two support columns, began to buckle near their ends. Some floors withstood more than others. The shear tab connections of one beam, which had dipped down by more than 2 ft, fractured after about one hour of heating, leading to collapse. Beams with double angle connections remained intact during heating, but then hours after the furnaces were shut off, their cooling and contraction broke the connections and they collapsed too.

“The influence of thermal elongation and contraction is something we shouldn’t ignore for the design of steel structures exposed to fires,” says Choe.

The results are expected to help researchers develop predictive models for buildings and ensure greater resistance to both the heat and the force of fires.