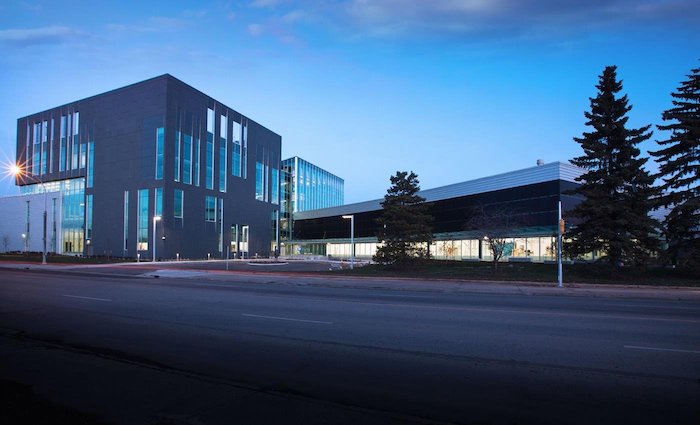 The facility, which opened in 2018, earned high scores in design, indoor environmental quality (IEQ) and water efficiency. The Gold certification is NAIT’s second, following its first for the Feltham Centre in 2017.

Located at the eastern edge of NAIT’s main campus in Edmonton, the 17,650-m2 PIC integrates 226 solar panels into the south and east sides of its façade, which generate 67 MWh of electricity per year and support the institute’s distributed energy research. Additionally, 149 panels atop the PIC’s mechanical penthouse generate 51 MWh per year.

Low-emitting paint, coatings, floorings and other surfaces were specified to improve IEQ, while low-flow fixtures have reduced water consumption by more than 30% and landscaping with drought-tolerant plants avoids the need for an irrigation system.

The project team for the building included: