The Cor Van Raay YMCA at the ATB Centre is the third largest Y facility in North America. 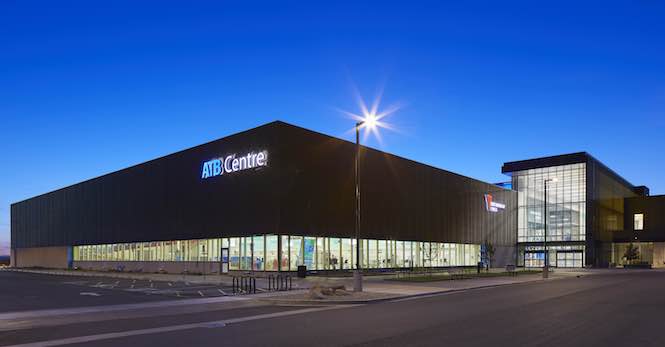 The Cor Van Raay YMCA has opened at ATB Centre in Lethbridge, Alberta, a $110–million Phase 2 project at the ATB Centre that connects with Phase 1 which includes two NHL-sized ice surfaces and a 10-sheet curling facility.

The large YMCA, designed by Diamond Schmitt Architects, involves an architecture of integration that allows for connection and transparency throughout the 240,000-sq-ft facility. 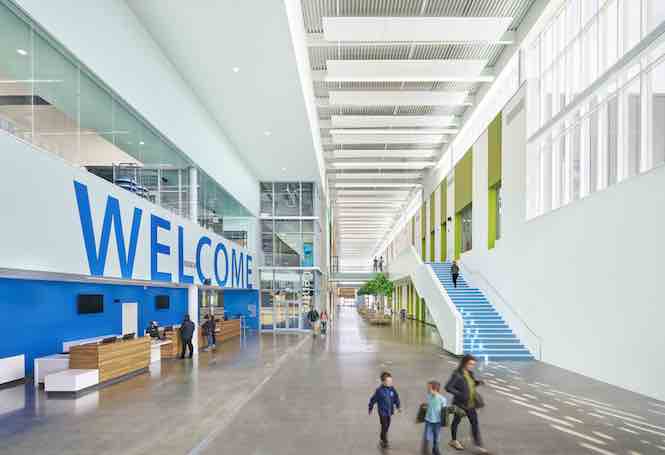 A big Welcome sign greets visitors in the triple height lobby which runs the length of the new building. (photo: Ed White Photographics)

“The design intent was to create a community destination, one that is welcoming to all, with a wealth of amenity,” said Jarle Lovlin, principal, Diamond Schmitt, in a company release. 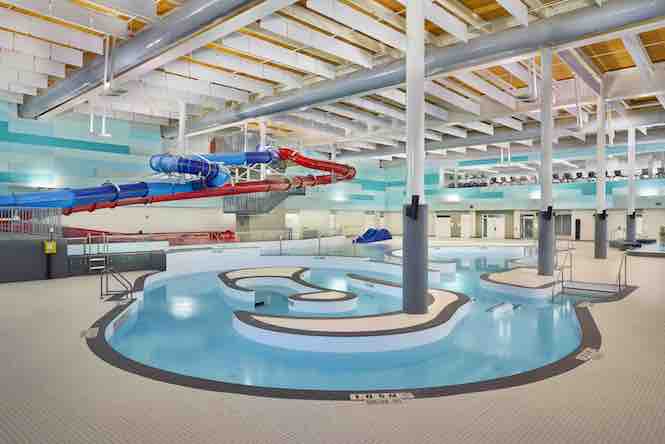 Features of the aquatics centre include a lazy river and water slides. (photo: Ed White Photographics)

The fitness area overlooks the aquatics centre in the two-storey structure.

There is a multi-sport field house, gymnasiums, an indoor track, multi-purpose rooms and physiotherapy and restaurant space.

Children’s amenities include a licensed daycare, child minding, youth room and indoor playground. Program areas provide views of the prairies and peaks of the Rocky Mountains on the horizon.

In the opening few weeks, the Y experienced more than 65,000 visitors. 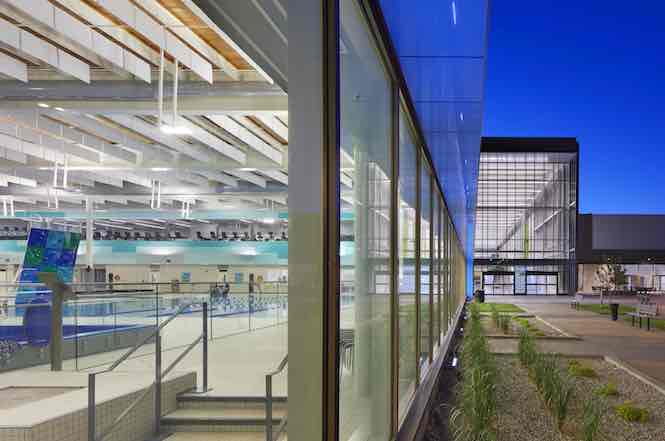 The aquatics centre at grade allows for an exchange of views inside and out. The fitness center overlooks the pools. The expansive main lobby connects the many program areas.  (photo: Tom Arban Photography)