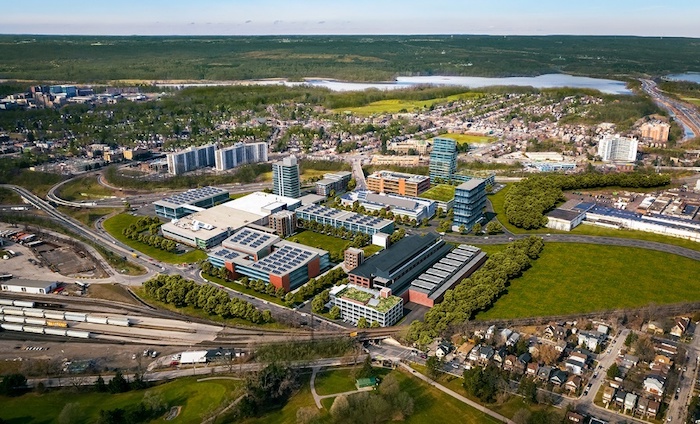 MIP has retained architectural firm McCallumSather to lead the planning process, which will encompass a recently announced acquisition of an office and production complex on Frid Street (see rendering of planned redevelopment below) and the development of additional assets within the existing 58-acre MIP at 175 Longwood Road South.

“Our plans are to create the best research park in the world and fill the equivalent of a bank tower—bigger than Toronto’s Scotia Plaza and on par with First Canadian Place—with innovators and entrepreneurs,” says Ty Shattuck, MIP’s CEO. “This region has established itself as a prolific leader in life sciences. At full buildout, 5,000 people will work at MIP. The park will even be carbon-neutral, thanks to our resident energy expertise.”

McCallumSather will also provide mechanical engineering. Other team members include Seguin Engineering for electrical, MTE for civil and GSP Group for planning. 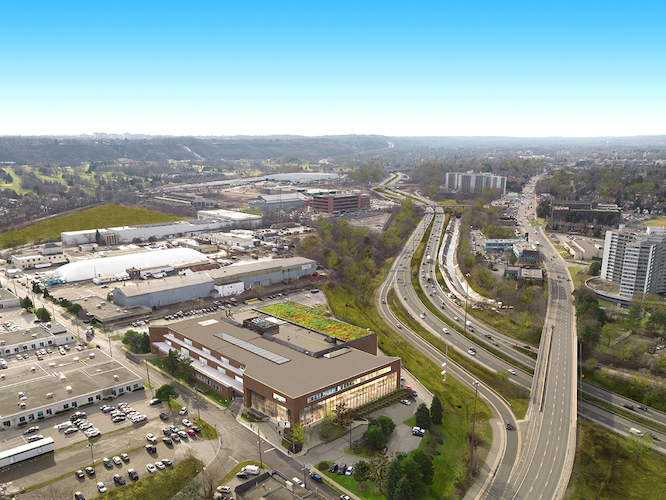 Recently acquired property will be redeveloped as part of the expansion.