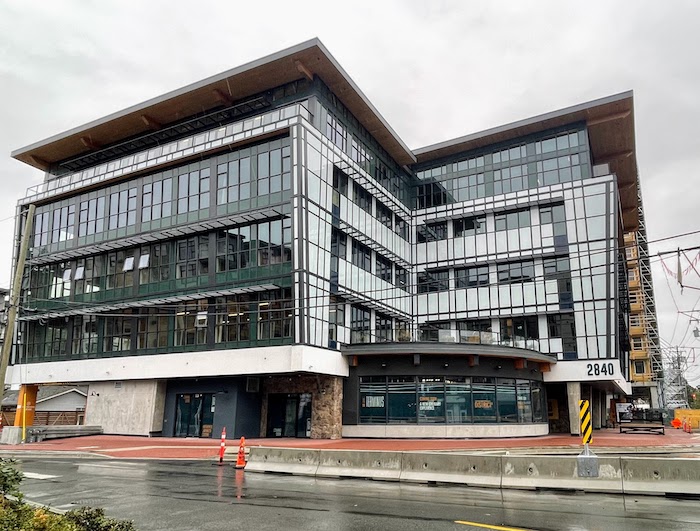 Registered for Leadership in Energy and Environmental Design (LEED) certification, Terminus combines the BRBs with Structurlam’s cross-laminated timber (CLT) and glued laminated (glulam) timber beams. The retail and office building’s Vancouver Island site is in one of North America’s highest seismic region, requiring its lateral system to be highly ductile while allowing the wood to be exposed.

“This building is a perfect example of structure driven by both function and design,” says Ilana Danzig, associate principal at Aspect Structural Engineers. “The BRBs, combined with the modern mass timber, create a building that is high-performing without sacrificing on architecture and appearance.”

The first-of-its-kind construction is one of two local projects from the partnership. The other, Tallwood 1 at District 56, is slated to open early this year, adjacent to Terminus, and will be the first 12-storey mass-timber tower built under the revised 2018 BC Building Code.

“Terminus sets a precedent for mass-timber construction,” says Hardy Wentzel, CEO of Structurlam, “and we’re looking forward to continuing to work with Design Building Services and Aspect Structural Engineers on Tallwood 1 in the coming months.”