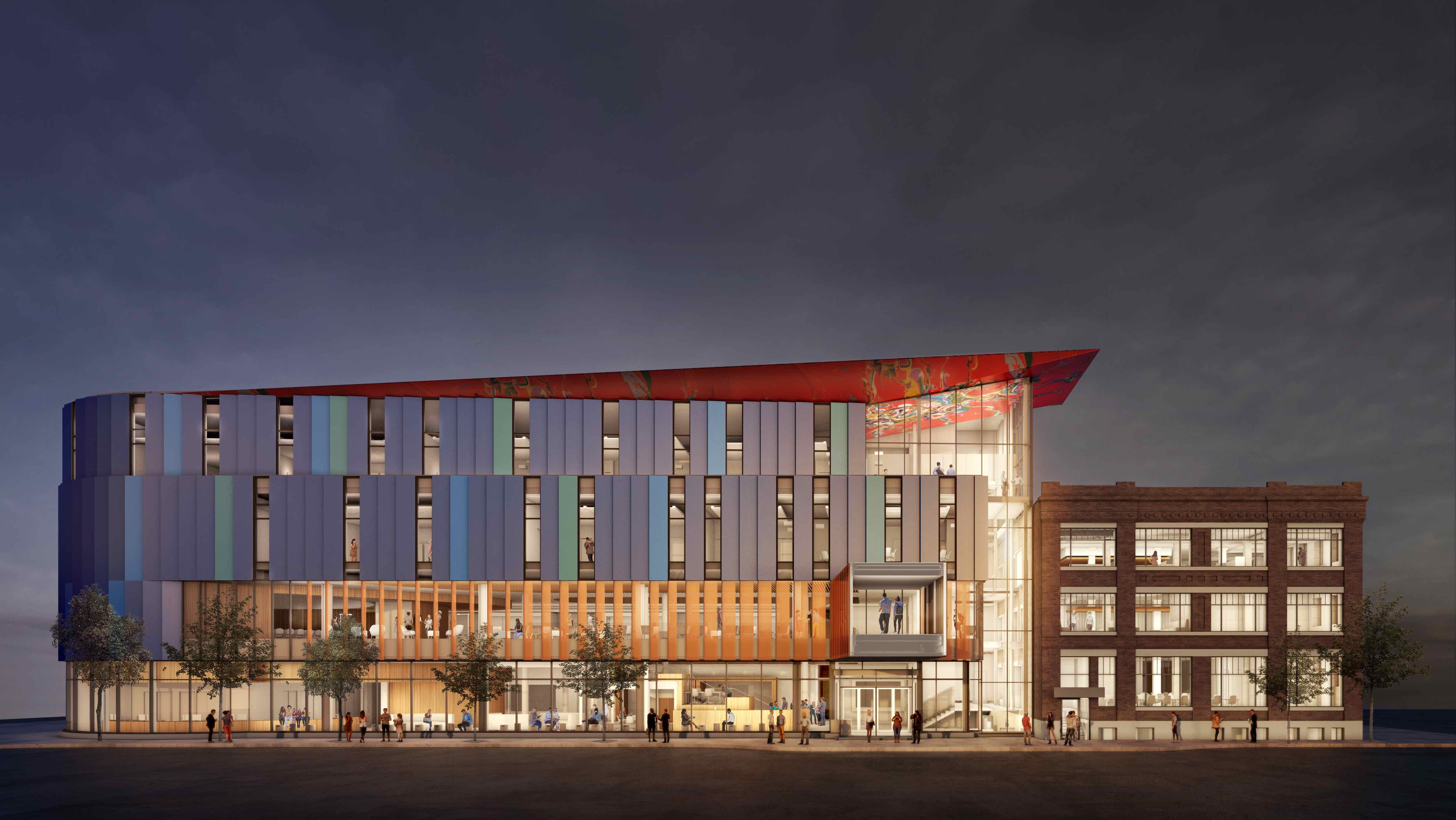 Construction has begun on a $95-million Innovation Centre at the Red River College Exchange District campus in Winnipeg. The 100,000-sq.-ft. development, designed by Diamond Schmitt Architects in joint venture with Number TEN Architectural Group, incorporates a repurposed downtown heritage building and new construction to create a crossroads with state-of-the-art facilities for applied research, entrepreneurship and commercialization.

“The Innovation Centre is deeply informed by its context with connection to the street and a layering of space and natural light through an orchestrated sequence of spaces large and small,” said Michael Leckman, principal, Diamond Schmitt Architects. 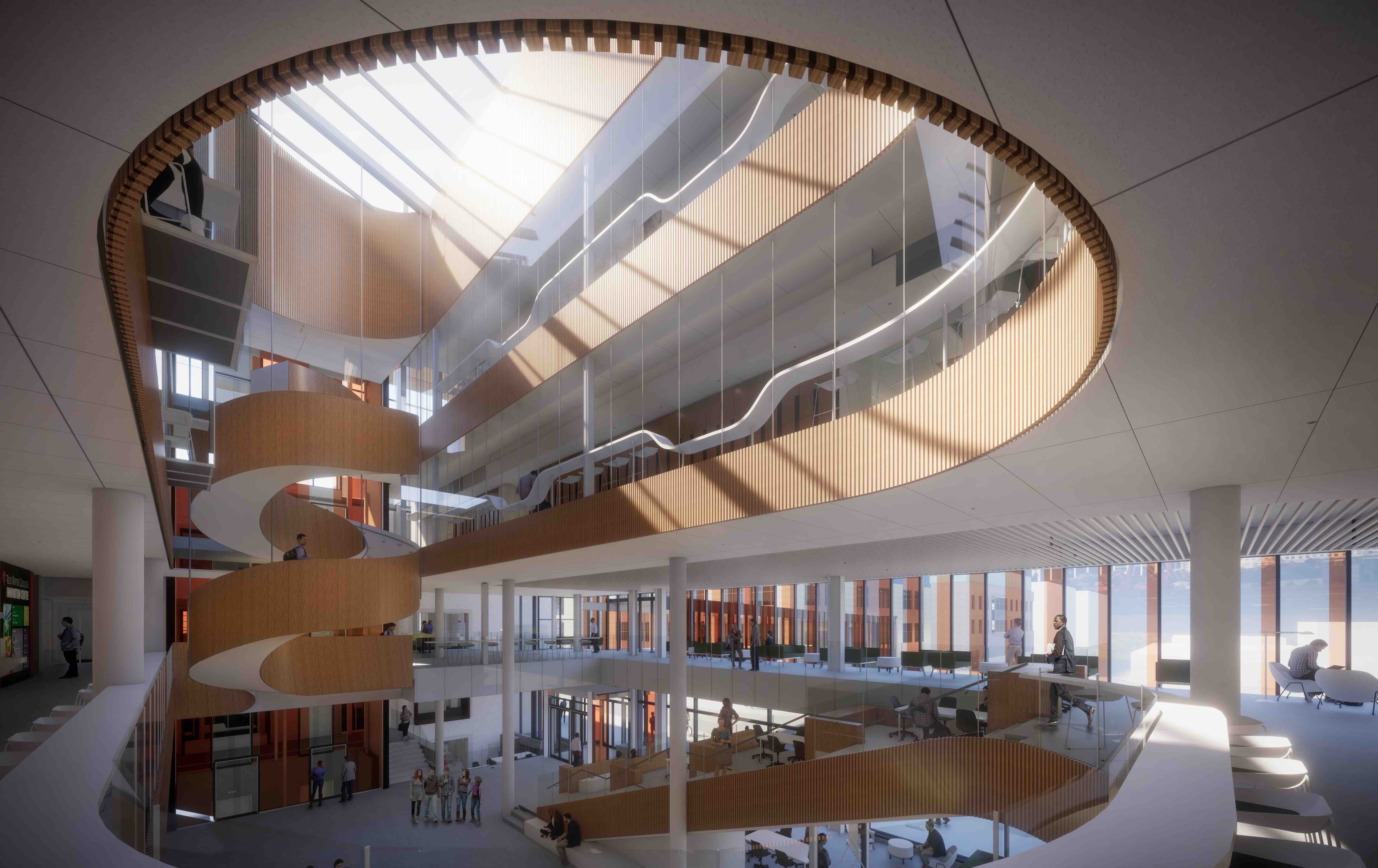 “The Agora, inspired by its Greek precedent, forms the heart of the facility – an open space for orchestrated ‘collisions’ between students and faculty, industry partners and the college as a whole,” added Sydney Browne, Principal, Diamond Schmitt. “An atrium above this zone brings daylight into the core and transforms a helical stair from mere circulation to become a focal point.”

The threshold between the new and existing structures is bathed in natural light to reveal the subtle excellence of the century-old Scott Fruit Building.

The Roundhouse anchors the west corner of the new building and is the symbolic centre, imbued with Indigenous meaning and European history. At roof level, the City Room will be enveloped in bold traditional art.

Consulting engineers on the project include: Crosier Kilgour and Partners (structural); Epp Siepman (mechanical); and  SMS Engineering (electrical). The fast-track project is slated for completion in 2020.