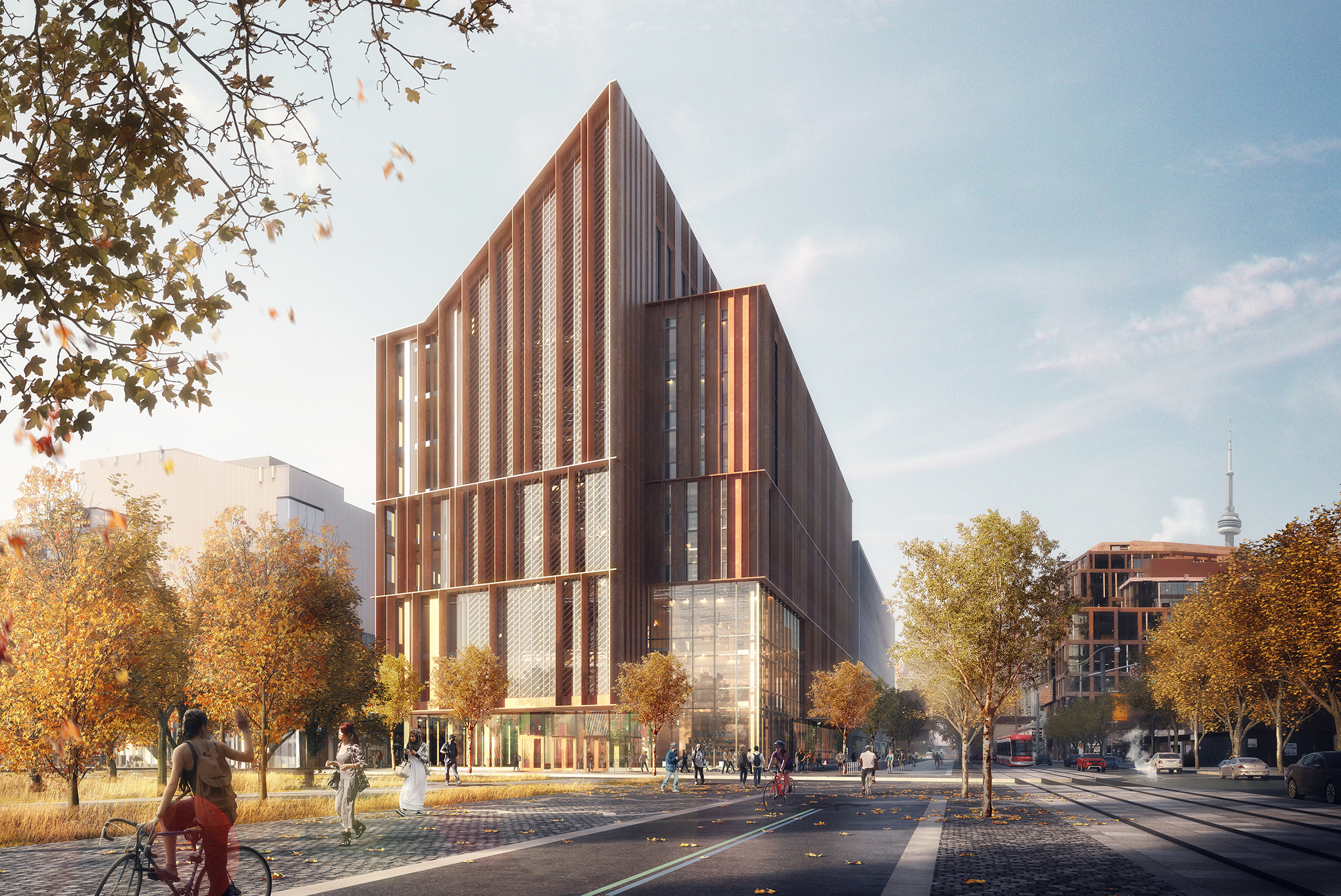 The Government of Canada has committed to invest $4.1 million to construct The Arbour, the 10-storey, $134-million, mass-timber building project at George Brown College’s Waterfront Campus in Toronto.

The funding is part of the Green Construction through Wood Program (GCWood) launched by Natural Resources Canada. It’s the first project funded through program, which received $39.8 million over four years in Budget 2017 to encourage the use of wood in non-traditional construction projects, such as tall buildings, low-rise non-residential buildings and bridges.

Construction on the project is scheduled to begin in 2021 on a 0.23 hectare brownfield site, and the facility will feature ‘breathing’ rooms using solar chimneys for sustainable, natural ventilation, as well as flexible learning spaces with walls that can be extended or retracted.

“The funding announcement in support of The Arbour at George Brown College is not only essential for the project, it is an important investment in our collective low-carbon future,” said Carol Phillips of Moriyama & Teshima Architects in a media release. “The funding will, among many other benefits, make possible the testing and development of the project’s structural innovations as well as enable the rigorous proofs required to introduce changes to the building codes. Achieving The Arbour, a larger scale low-carbon, highly sustainable public building, will open doors for the future developments and accelerate the growth of the mass timber industry in Canada by inspiring change.”

The Arbour is also slated to become home to an advanced research hub focused on mass-timber construction.

The project Design team announced in April 2018 consists of: