Expanding district heating in the heart of Vancouver

The plan includes a phased approach with an investment decision making framework that will coincide with development and major projects.

According to the release, the system eliminates more than 60% of the greenhouse gas emissions associated with heating and hot water use in buildings, and is the third utility system in the world to recycle waste heat from sewage. The utility is a financially self-sustaining, commercially operated utility that delivers competitively priced energy services. 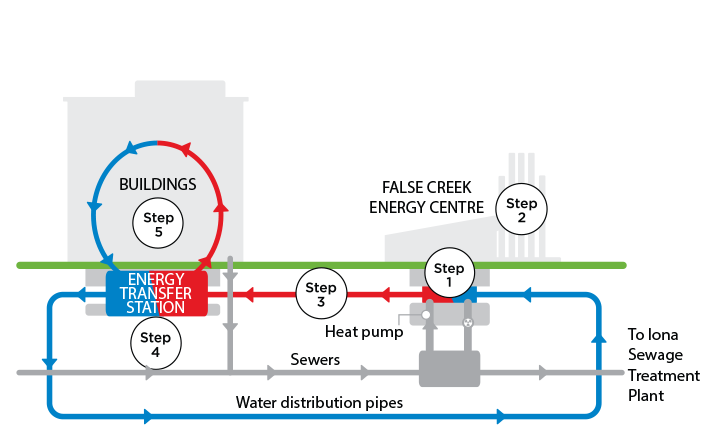 “Expansion of our Neighbourhood Energy Utility gives the city direct control to achieve 100% renewable energy for buildings in these dense and mixed-use neighbourhoods,” says Jerry Dobrovolny, general manager of engineering services for the City of Vancouver, in the release. “The utility has been a model of sustainable innovation that strongly supports our Greenest City and Renewable City goals, and we’re looking forward to this next step.”

The plan includes a phased approach with an investment decision making framework that will coincide with development and major projects, such as the new St. Paul’s Hospital Campus, and implementation of the Northeast False Creek Area Plan.

The customer base of the City’s Neighbourhood Energy Utility has grown by over 300% since 2010, and currently provides energy for heat and hot water to 5.2 million sq. ft. of residential, commercial, and institutional spaces. The expansion could see the utility grow to serve more than 22 million sq. ft. of buildings in the long term.