The technology draws energy from the aerated ponds near the city of Ste-Adèle's water treatment plant. 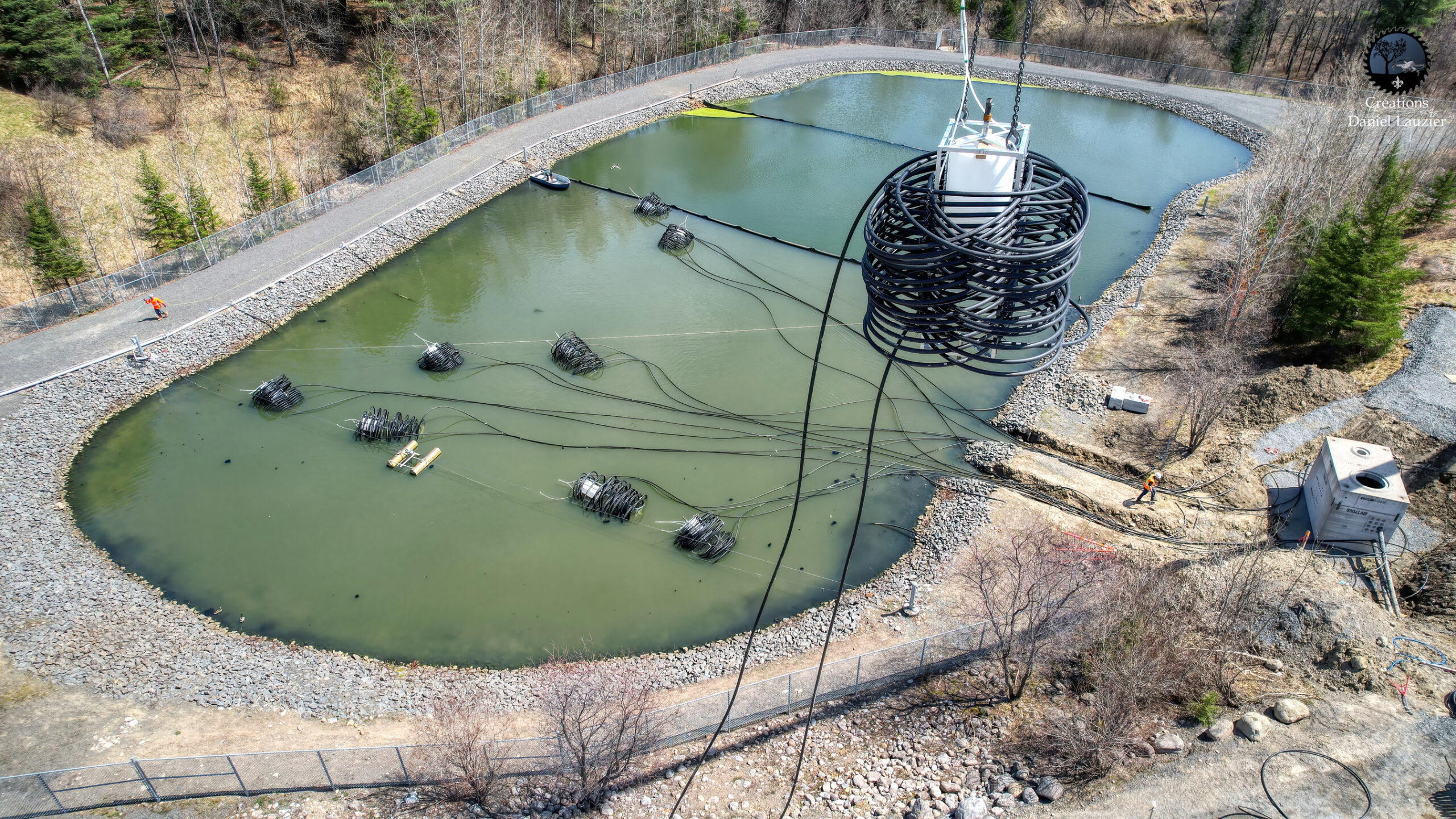 Civil engineering firm Équipe Laurence has just realized what’s being called a first in a Quebec, in collaboration with the city of Ste-Adèle: heating and cooling the Équipe Laurence Campus using wastewater.

The technology, developed by several engineers from Ste-Adèle-based Équipe Laurence and its partners, allows the campus to be heated and cooled by drawing energy from the aerated ponds near the city of Ste-Adèle’s water treatment plant.

In a news release, Équipe Laurence says the new concept “guarantees a temperate water source year-round”, by allowing heat exchange with the wastewater for heating/air conditioning through two 150-millimeter diameter pipes installed in a directional borehole, without the aerated ponds being in any way modified, affected or damaged by the installation of the system.

“Twelve coil-type heat exchangers allow the heat from the pond to be taken in the winter to heat the building and cooled in the summer, using the same principle in reverse,” the release said. “After only a few months of operation, the results exceed initial expectations in terms of energy efficiency and dynamics.”

The release added that future buildings on the Camus Équipe Laurence site could also benefit from this same environmentally responsible technology. “These results are monitored in real-time thanks to a weather station installed on the roof of the main building,” it said.

In return for the energy savings, Équipe Laurence has committed to making a perpetual donation of $2,500 per year to one of the local non-profit organizations working in the territory of the City of Sainte-Adèle.