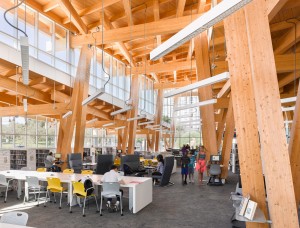 The 2015 Ontario Wood WORKS!” design awards were handed out in Toronto on November 12. Structural engineers were named as co-winners in seven of the building categories, as follows: