The business of green roofs, drew an international crowd of hundreds at the CitiesAlive conference in Toronto ... 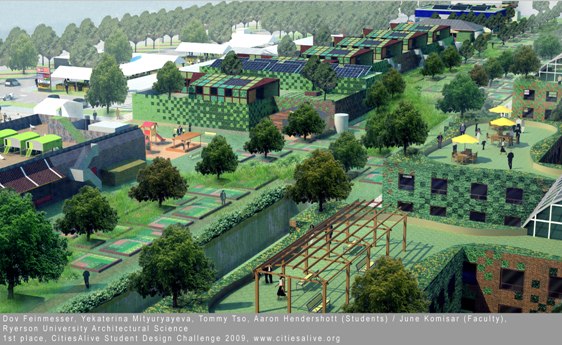 The business of green roofs, drew an international crowd of hundreds at the CitiesAlive conference in Toronto held October 19-21.

But where were all the Canadian consulting engineers? Certainly not on the podium, and not much visible in the audience. This absence was surprising, given that beginning in January next year, Toronto will require that virtually every new building over 2,000 sq. metres in the city must have a green roof.

The Toronto Green Roof Bylaw was adopted by Toronto city council in May and will be incorporated in the Building Code. By 2011, the requirement will also be imposed on industrial buildings in Toronto, so before long every consulting engineer involved in building construction will be affected. (One speaker suggested that Vancouver and Burnaby in British Columbia are also considering making green roofs mandatory.)

Defined by the city of Toronto as “a roof on top of a building that allows vegetation to grow in a growing medium,” green roofs have many champions among environmentalists.

For one thing, by absorbing rainfall, the green roof is said to reduce stormwater run-off, and therefore saves wastewater treatment and pollution in our waterways. The vegetative roof is also cooler than asphalt; Mayor David Miller said studies have shown they can reduce the heat island effect in cities by up to 2 degrees C. Another advantage frequently cited for green roofs is that they provide the buildings they cover with superior insulation. Mayor Miller boasted that Toronto has 46 successful projects and more than 10,000 square metres of green roof in place. The biggest current project is the greening of a huge podium in front of the spaceship-like city hall council chamber.

However, one roundtable did venture tentatively to discuss “the pros and cons of mandated green roofs.” The question was, had Toronto taken the right approach in mandating green roofs, as opposed to being more flexible and offering incentives?

A couple of the panelists conceded that there were some alternative ways of achieving the same benefits of green roofs. Architect Susan Lewis, for example, listed first the benefits and then said she would play devil’s advocate. She pointed out that there are alternative ways to control the flow of stormwater down drains, that white reflective roof membranes can deliver the cooling effect, and that biodiversity can be achieved by planting over the site as a whole.

There are also financial costs to green roofs. The structure has to be robust, and frequently it’s been found that green roofs need to be sprinklered to reduce the risks of fire. One speaker said a green roof over a school recently completed had cost $500,000.

In one of the technical session, a range of international speakers shared their experience. Marco Schmidt of the Technical University of Berlin, Germany argued that green roofs have an important role to play in climate change because of the importance of photosynthesis and transpiration. He believes that global climate change is being caused not so much by greenhouse gas emissions, as by deforestation, urbanization and the destruction of vegetation.

Dr. Yan Puay Yok of Singapore showed extraordinary examples of buildings with walls as well as roofs covered in greenery.

From Australia the news from Dr. Nicholas Williams was not so positive. Severe heat and drought over the past summers had killed off nearly all the plants on a 20-sq. metre test green roof constructed at the University of Melbourne.

Nonetheless the green roof industry seems to be going from strength to strength. Attendees from China went round handing out invitations to the 2010 China World Roof Green Development Conference to be held in Shanghai next May 7-10.

For information on the Toronto Green Roof Construction Standard, contact the City of Toronto at sustainablecity@toronto.ca, 416-392-0101, or www.toronto.ca/greenroofs