This highly sustainable building incorporates an array of energy and water-saving measures to be cost-effective in operation. 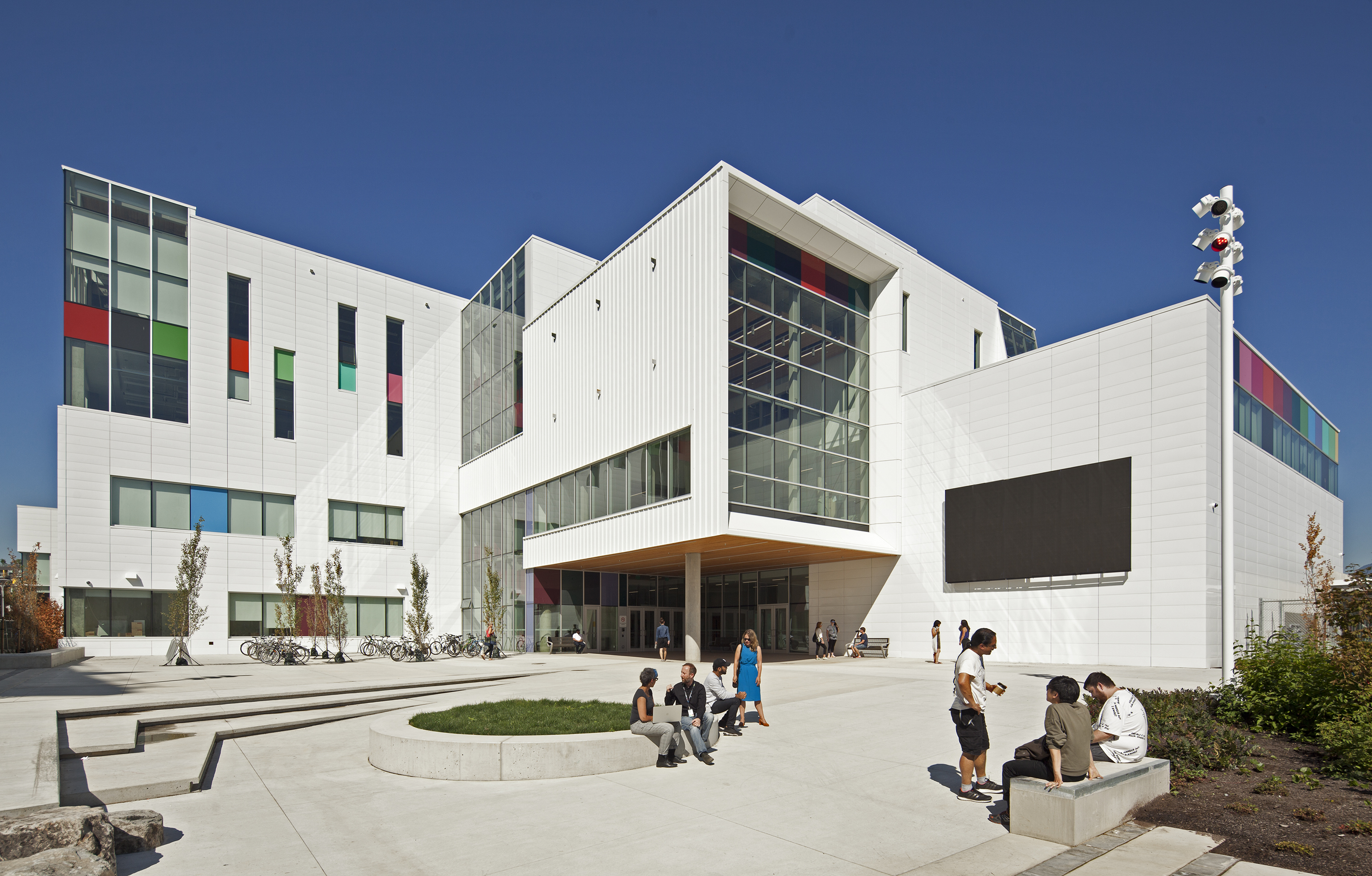 Almost two-and-a-half years after breaking ground in April, 2015, the new campus for the Emily Carr University of Art + Design in Vancouver has officially opened for the new school year. The 92-year-old institution has relocated to the east side of downtown Vancouver from Granville Island to a purpose-built facility designed by Diamond Schmitt Architects.

This 26,700-square-metre (290,000 sq.ft.) building has an open and accessible design that welcomes the public into the creative processes on display.

“The building’s design creates a multitude of places both indoors and out for informal gathering, presentation, making and remaking, which is at the heart of Emily Carr’s multidisciplinary arts learning,” said Donald Schmitt, principal, Diamond Schmitt Architects in a media release from the architecture firm.

This highly sustainable building incorporates an array of energy and water-saving measures to be cost-effective in operation.

“Communal space facilitates a dialogue between these digital and analogue disciplines and the multi-storey Learning Commons serves as a crossroads for exchange that connects with the full-length Concourse and the outdoors,” said project architect Ana Maria Llanos, who heads the Vancouver office of Diamond Schmitt.

The building captures views of the Vancouver skyline and the Coastal Mountains from many vantage points, including terraces and workshops and the fully glazed, north facing painting and drawing studios on the fourth floor.

At ground level, the transparent façade reveals sightlines into the building and highlights galleries and other public elements of the campus.

A colour palette drawn from the works of the namesake British Columbia artist Emily Carr punctuates the white metal cladding.

Landscaped connection links the main entrance at St. George Plaza on the west side with the Wilson Arts Plaza on the east, which has a large screen and seating to bring performance and display outdoors. In this way, the building and landscape work in concert to engage the community and enable creativity and experimentation to flourish.

The structural consulting engineer was Bush, Bohlman and Partners.