The project involves constructing an eight-story patient care tower and three-story connection, as well as renovations to the existing hospital. 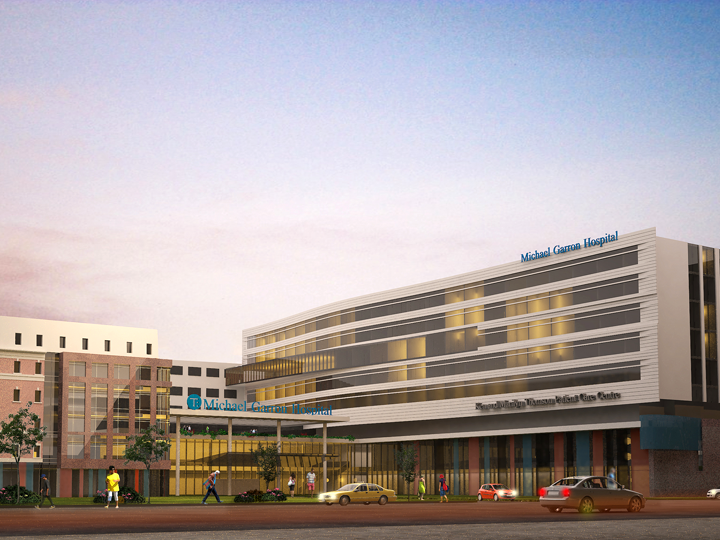 Expected to achieve a LEED Silver certification, the project involves the construction of the eight-story patient care tower and three-story connection, as well as demolition of some existing space and renovations to the existing hospital.

“Our main hospital campus, which has been serving east Toronto since 1929, is aging and due for a major renewal. Our redevelopment will make a significant difference to patients, neighbours, staff, physicians and volunteers,” said Sarah Downey, president and CEO of Michael Garron Hospital, in an Infrastructure Ontario media release.

“We look forward to working with EllisDon Infrastructure Healthcare to reach a final contract and begin construction on this monumental project. Together we will build more than just a hospital. Our campus will be transformed into a community hub that not only creates health but is able to support individuals to live to their full potential throughout the continuum of care.”