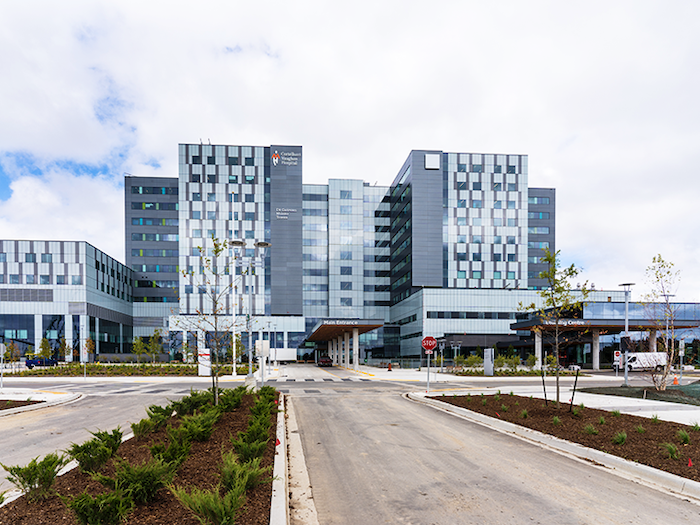 Construction has reached substantial completion for a new hospital in Vaughan, Ont., as announced by Mackenzie Health and Infrastructure Ontario (IO).

The 12-million-square-foot, 11-floor hospital integrates digital technology systems intended to enhance patient care by delivering the right information to the right location at the right time. Also, between 80 and 90% of the rooms will be single-occupancy for acute-care patients, for infection prevention and control purposes. It will open with 350 beds, with room to expand to 550.