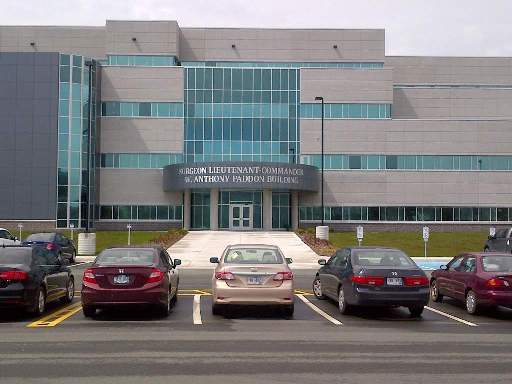 The main new building at in the CFS St. John’s complex is the 35,000-sq. m William Anthony Paddon facility which houses several organizations that were previously housed in 18 buildings spread over 60 acres.

AMEC was the design engineer during the project’s development. Bird Construction was then contracted as the design-builder and they hired Kasian Architects of Calgary develop the design. SNC-Lavalin provided civil, structural, mechanical and electrical engineering.

The Pleasantville site was originally built during World War II as an American military base. After it was closed in the 1960s it was transferred to the Canadian government. with 16 acres recently reserved for the military base. Five buildings and other structures were demolished to make way for the new facility which was completed in March.

The Honourable Rob Nicholson, Minister of National Defence,said at the official opening in June:  “The consolidated facility at Pleasantville breathes new life into Canadian Forces Station St. John’s and represents a new start for the units now moved into this efficient and modern building. Investing in cost-effective facilities is a Government priority, one that enables our personnel to perform their work in state-of-the-art workspace.”