A major expansion to Kingston General Hospital was officially opened last week. The four-year project involved gutting and rebuilding parts of the historic building, which is Canada's oldest public hospital still in operation. 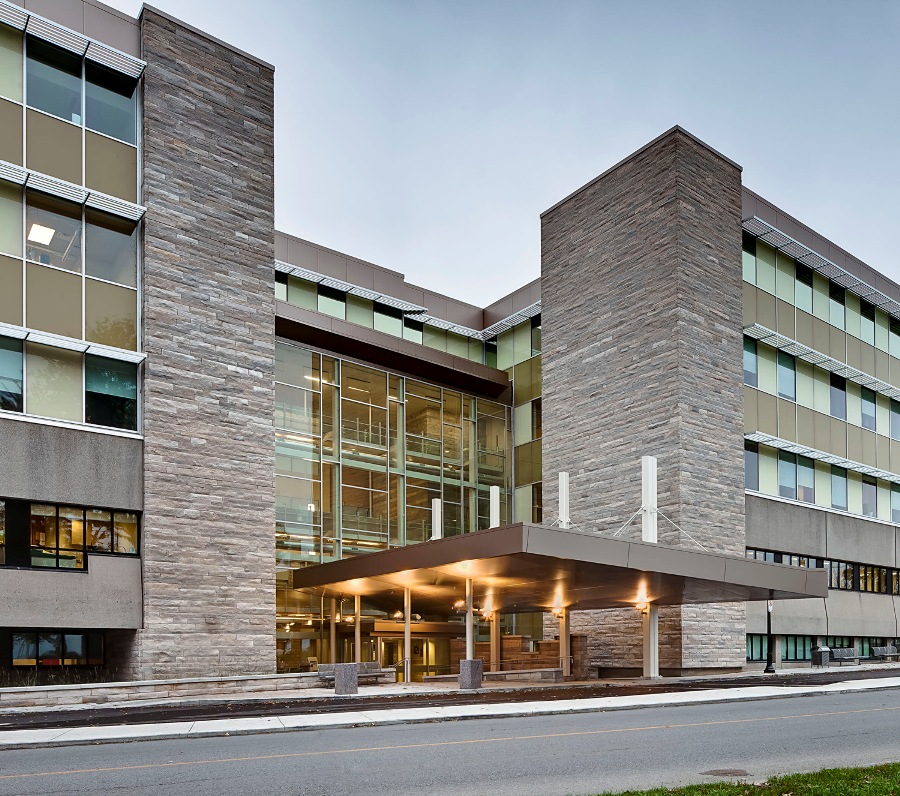 A major expansion to Kingston General Hospital was officially opened last week. The four-year project involved gutting and rebuilding parts of the historic building, which is Canada’s oldest public hospital still in operation.

The first hospital on the Stuart Street site was constructed in 1835, but from 1841 to 1844, the building was used as a Parliament when the provinces of Upper and Lower Canada first united. It returned to its original purpose in 1845. Over 1,400 Irish immigrants are buried on the site, people who died of typhus in 1847 in fever sheds along the St. Lawrence waterfront after fleeing the great Irish famine.

Over the years, the hospital has undergone many changes and additions. This latest program has added more than 170,000 square feet of new space, and 143,000 square feet of renovated space, mainly in the Kidd wing and the Burr wing. Highlights include the construction of a new inpatient mental health unit, a new 40-station kidney dialysis unit, expansion of the cancer centre to 91,085 square feet including two new radiation bunkers, and expansion of the central processing services space that provides the decontamination of surgical instruments, etc.

HDR were the architects, Adjeleian Allen Rubeli were the structural engineers, and Genivar were the mechanical-electrical engineers. PCL were the constructors of the project, which was completed four months ahead of schedule and on budget.