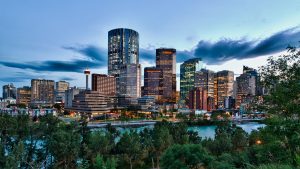 The City of Calgary has passed a bylaw that will require buildings five storeys or higher to be visually inspected for structural integrity.

Passed on June 20 by the city council, the bylaw applies to buildings over 10 years old. It requires a visual assessment of the building’s exterior walls and roofs and will come into effect on January 1, 2017.

Originally the bylaw would have required the inspections to be done by a professional,  but after the city held stakeholder meetings and consultations, the rules were “refined” and inspections can be done by anyone “with the education, training, skills and experience sufficient to carry out the visual assessment.”

Feedback from the consultations also resulted in a reduction in the required frequency of an inspection, from every five years to every four years.

The city said there had been several incidents of building materials and debris falling off buildings in the downtown core and so it wanted to do more to protect public safety.

The bylaw, says the city,  “will fill the gap left after the final inspection when a building is first constructed or renovated, and address safety issues before they happen. While the Alberta Building Code states that a building owner may not allow an unsafe condition to be maintained, there is no clearly articulated requirement to maintain buildings. The bylaw aims to make that clear in Calgary.”

At least one consulting engineering company has seen the new bylaw as an opportunity. Entuitive published an article in its newsletter Ensight on August 16, “Calgary has a new building maintenance bylaw. Now What?”

To read the City of Calgary announcement, click here.