The second 'Roadmap for Retrofits' report recommends a move away from government grants and rebates, and focuses on market-based mechanisms developed through private, public‎ and nonprofit collaboration. 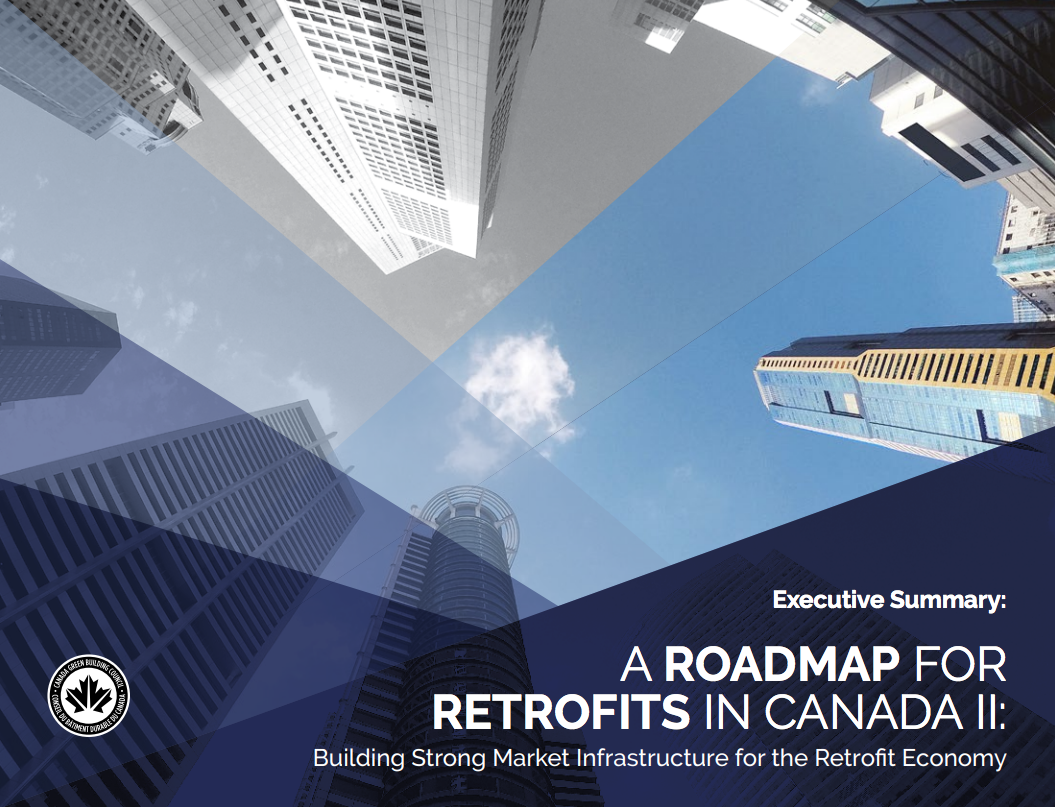 A second Roadmap for Retrofits report has been published by the Canada Green Building Council (CaGBC), this one sets out a series of actions necessary for industry, non-profit organizations and governments to build a world-leading  retrofit economy by 2030 that improves the performance of existing buildings and creates new economic opportunities for Canadians.

CaGBC’s new A Roadmap for Retrofits: Building Strong Market Infrastructure for the Retrofit Economy, was released in conjunction with a roundtable policy discussion hosted by Natural Resources Minister Jim Carr, CaGBC and Econoler in Ottawa.

The initial A Roadmap for Retrofits in Canada report was released last September. It was developed by WSP for CaGBC, and it demonstrates the role that existing buildings play in realizing Canada’s low carbon future.

The new report, free for CaGBC members or $50 for non-members, states that the environmental and economic potential of Canada’s retrofit economy cannot be developed by governments alone – it requires industry leadership and innovative market-based mechanisms to generate and sustain results.

“Through Canada’s national energy dialogue, Generation Energy, Canadians made it clear that the transition to energy-efficient buildings is necessary for Canada’s low-carbon future,” said Carr. “Together with industry and the provinces and territories, we developed Build Smart: Canada’s Buildings Strategy. This strategy involves working with organizations like CaGBC to turn big ideas into real actions Canadians can take and we look forward to working together on climate change, through significant, long-lasting improvements to the buildings sector, both now and for the future.”

It also encourages building owners to proactively disclose building energy and carbon performance, and to share data on the performance of their retrofit projects in order to help the retrofit economy evolve.

“The CaGBC’s report recommendations are unique in endorsing a move away from a solution based on government grants and rebates, and instead focuses on  leveraging market-based mechanisms developed through private, public‎ and nonprofit collaboration,” says Thomas Mueller, president and CEO of the CaGBC. “In following  this market-driven approach, Canada has a chance to be the first in the world to put into place the requisite policy and market infrastructure to implement a retrofit economy and reap the environmental and economic advantages.”

The report calls on governments at all levels to leverage their own significant building portfolios to demonstrate the value of retrofit projects, co-invest in education and training with industry to build skills, and undertake smart regulatory and program interventions to attract private-sector capital to projects.