The Cora Group’s evolv1 in Waterloo, Ont., has become only the second building to earn the Canada Green Building Council’s (CaGBC’s) Zero Carbon Building (ZCB) certifications for both design and performance, following the example of Mohawk College‘s Joyce Centre for Partnership and Innovation in Hamilton.

Two years after evolv1—a three-storey multi-tenant office building in University of Waterloo‘s David Johnston Research and Technology Park —received the design certification on Earth Day 2018, its developer announced the performance certification this week on Earth Day 2020. (And in between, the project won an Award of Excellence in the Buildings category for Stantec at the 2019 Canadian Consulting Engineering Awards.)

“Our goal was to influence the market,” says Adrian Conrad, the Cora Group’s chief operating officer (COO), “and now with the performance certification, we hope the influence is even stronger. The vision is to build a better future.”

Notably, on a summer day, on-site solar power generation can provide more than 2,000 kWh over what the building consumes, which goes back to the grid. In the winter, meanwhile, the passive solar wall can warm the entire building, requiring little to no additional aid in heating.

Next up, the Cora Group explains, evolv1 is a candidate for LEED Platinum certification. 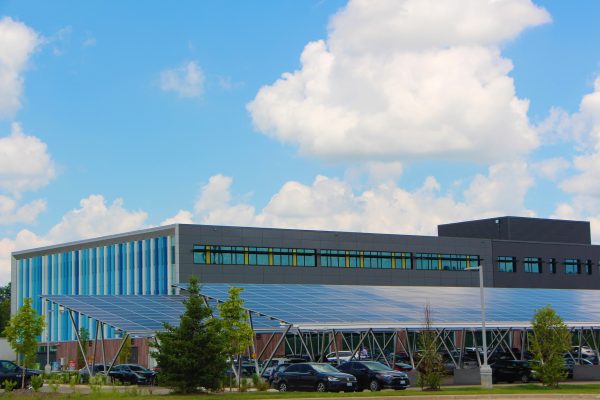