The Stantec Tower in Edmonton and Telus Sky in Calgary are expected to reach completion this June. 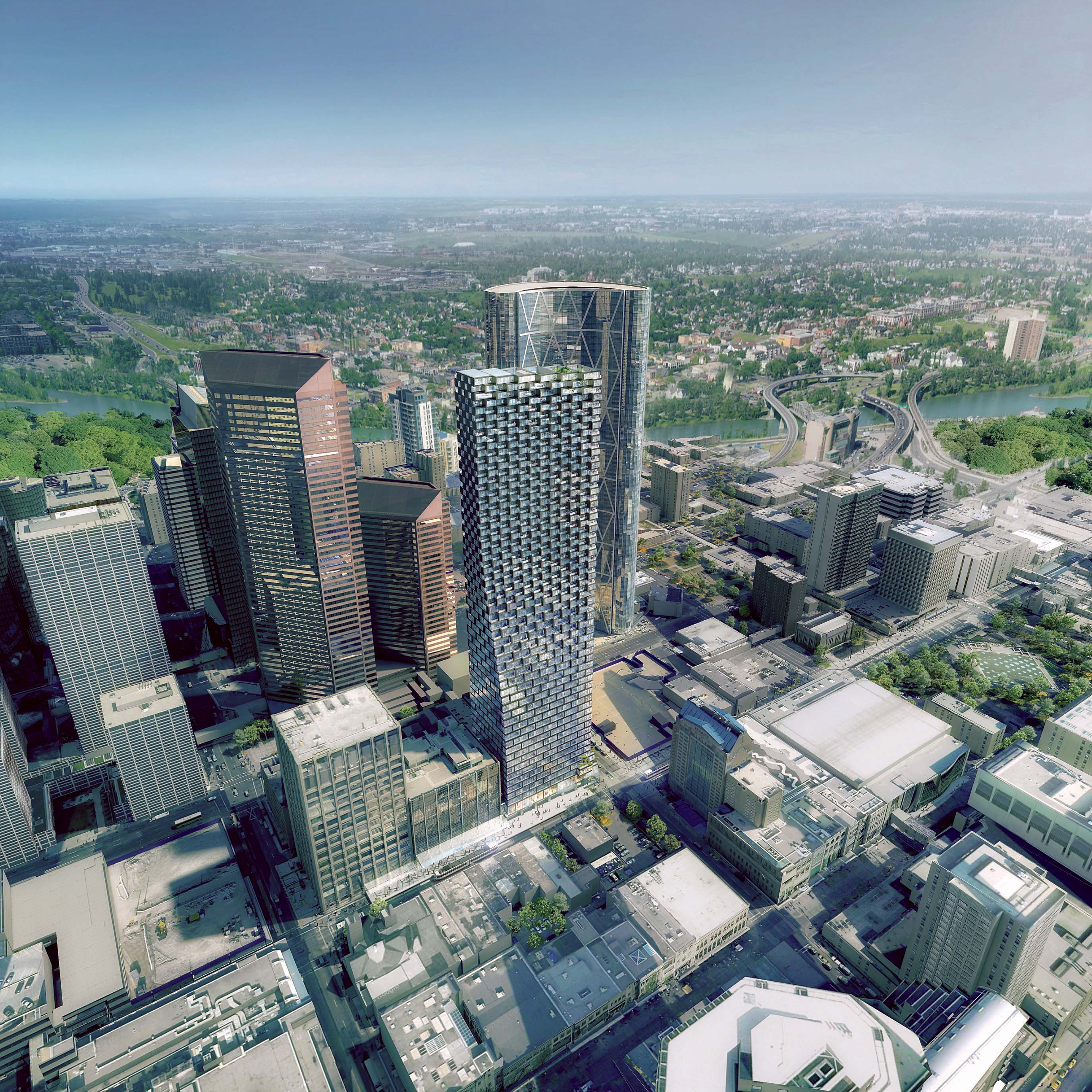 In an annual exercise to predict when and where super-tall buildings will be springing up around the world, the Council on Tall Buildings and Urban Habitat has listed the province of Alberta to take the global spotlight in the month of June as the Stantec Tower in Edmonton and Telus Sky in Calgary are expected to reach completion.

Excerpted from the CTBUH site:

The Canadian province of Alberta, known for its vast oilfields, flat ranchlands and dramatic mountains, will soon add more crown jewels to its urban centers. Edmonton will complete Stantec Tower, which at 251 meters would be the province’s tallest, while Calgary will complete Telus Sky, the first mixed-use building in the city to exceed 200 meters. Both of these will be mixed-use buildings with office, commercial retail, and residential components, as central business districts in downtowns that formerly slumbered after 5:00 p.m. are springing back to life as round-the-clock neighborhoods.