The new Islamic complex rising beside the Don Valley Parkway in Toronto opened in September. Built on the former Bata Shoe headquarters site, the development has transformed a large section of Don Mills, a post-war suburban residental... 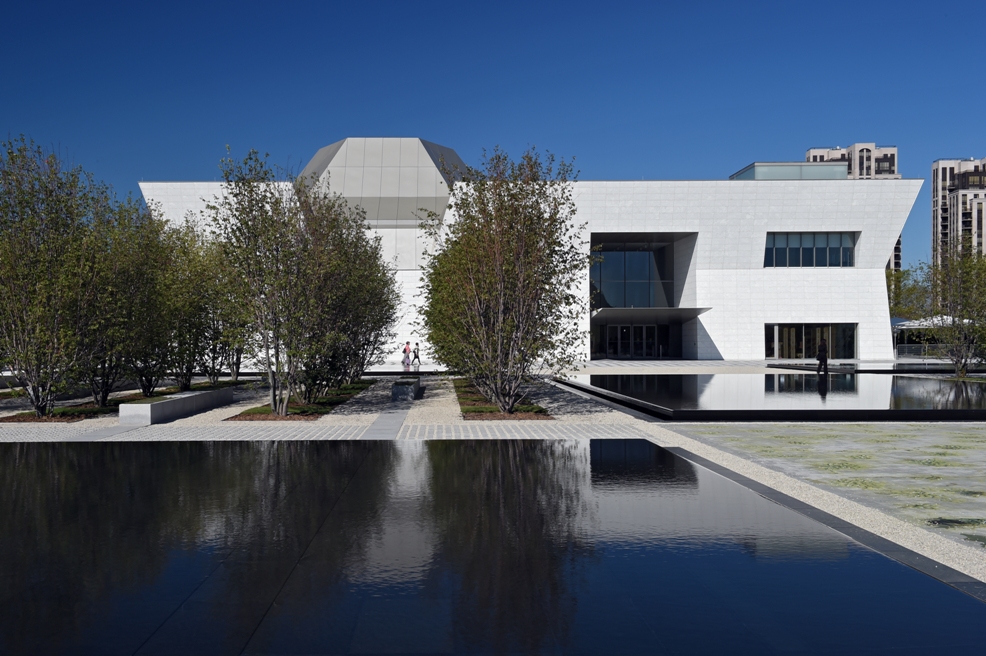 The new Islamic complex rising beside the Don Valley Parkway in Toronto opened in September. Built on the former Bata Shoe headquarters site, the development has transformed a large section of Don Mills, a post-war suburban residental development in the northeast of the city.

Developed by the Aga Khan’s organizations, the complex sits on a large 6.8-hectare site and has two separate buildings set in an expanse of meditative landscaped gardens.

Mawlana Hazar Imam and Canadian Prime Minister Stephen Harper opened the Ismaili Centre, Toronto on September 12, and the Aga Khan Museum opened to the public on September 18. In a press release to mark the opening, the Aga Khan wrote: “One of the lessons we have learned in recent years is that the world of Islam and the Western world need to work together much more effectively at building mutual understanding…. We hope that this museum will contribute to a better understanding of the peoples of Islam in all of their religious, ethnic, linguistic and social diversity.”

Closest to the highway near Wynford Drive is the Ismaili Centre, dominated by its cone-shaped glass-roofed prayer hall, or Jamatkhana. Beside the circular prayer hall is a social hall topped by a large slanted glass skylight and with a roof terrace. The centre is place of prayer and study for the local Shia Imami Ismaili Muslim community. It is the second Ismaili Centre in Canada (another was built in Burnaby in 1985) and was designed by Indian architect Charles Correa.

At the western side of the site is the 10,000-sq.m Aga Khan Museum. It houses over 1,000 exhibits from Muslim civilizations, including portraits, manuscripts and medical texts.

Designed by architect Fumihiko Maki, the building is an angular block clad in brilliant white Brazilian granite and faces a reflecting pool. The building is positioned 45 degrees to solar north to ensure that all the exterior surfaces receive natural light over the course of the day. At the centre is a courtyard with an open roof and 13-metre tall double glass walls that are etched with mashrabiya patterns. The courtyard floor has a tri-colour mosaic made of lapis from Namibia, limestone from France and Brazilian granite.

For both buildings, Moriyama and Teshima were the architects of record, with CH2M HILL structural engineers, The Mitchell Partnership as mechanical engineers, and Crossey Engineering as electrical engineers. Vladimir Djurovic designed the gardens.