The building will feature bright, modern and versatile spaces, including a four-storey atrium and a rooftop patio, and it will target LEED Silver certification. 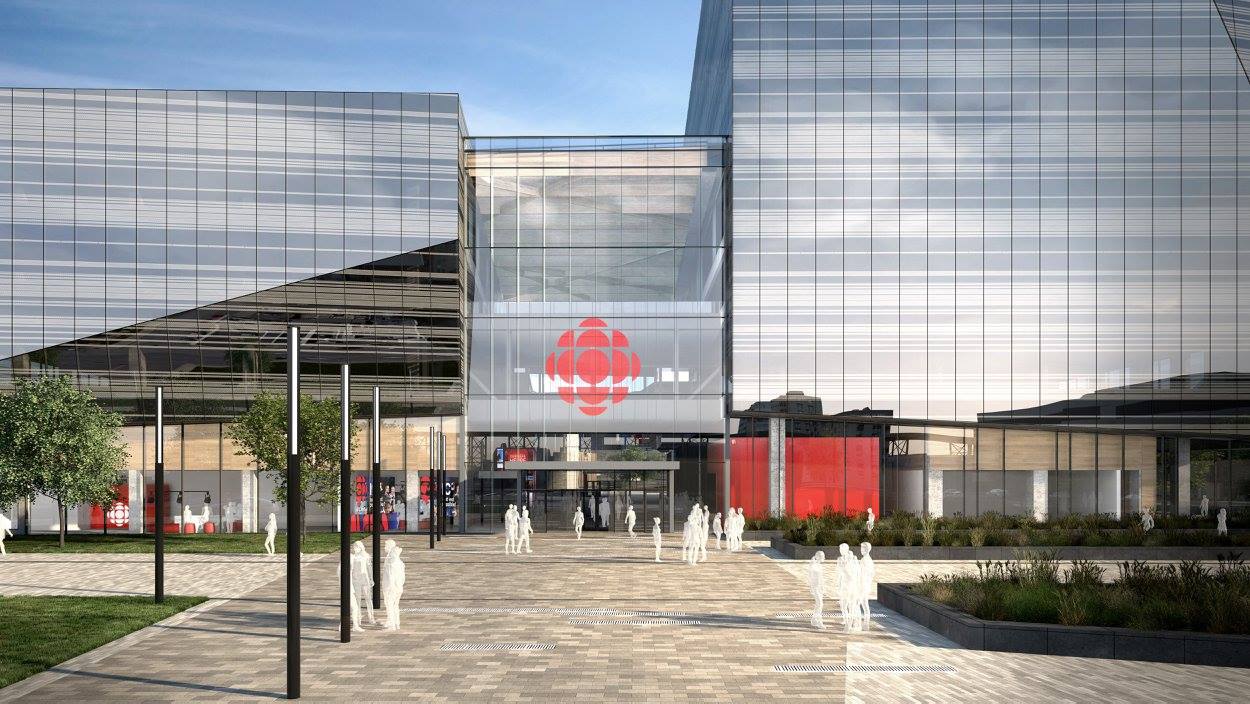 The approval also includes the sale of the existing facility and western part of the lot to Groupe Mach. In the coming months, CBC/Radio-Canada will now work to finalize its agreements with the promoters and complete other steps with the City of Montreal before ground is broken.

In late summer, Broccolini will begin construction on the new Maison de Radio-Canada at the corner of René-Lévesque Blvd and Papineau Ave., what has been a parking lot for the existing CBC/Radio-Canada building.

The building will feature bright, modern and versatile spaces, including a four-storey atrium and a rooftop patio, and it will target LEED Silver certification. Radio-Canada is scheduled to take possession of its new facility in early 2020 as the sole tenant under a 30-year lease.

Images of the new building were first released in November last year, here’s a CBC report.