Event marks role of engineers as a force for sustainability and combating climate change.

Excellent engineering and best practices by Quebec consulting engineers were rewarded at the  Grands Prix du génie-conseil québécois 2016 held on May 17.

The event held by the Association of Consulting Engineering Firms of Quebec (AFG) was attended by 300 people at the Grande Bibliothèque de Montreal.

The jury was led by Yves-Thomas Dorval, president-director general of the Conseil du patronat du Québec.

A special Visionary Award was given to AXOR Experts-Conseil and its client Olymel for a project at an abatoir and pork processing plant in Saint-Esprit. By adding an innovative tertiary treatment process to allow the re-use of water, the project saves 500,000 litres of water per day,  or 30% of the total water used by the plant.

Eleven awards for projects were handed out in total, from a total of 34 nominated projects:

The AXOR Saint Esprit project also won in the Industrial category. The other 10 awards are as follows:

WSP for the Centre Vidéotron in Quebec City (project management).

SNC-Lavalin for a Hydro-Québec program for energy management in buildings (energy category). It involved a team of 60 people known as Enercible.

Englobe for their environmental remediation of contaminated soils and dangerous materials at two isolated sites in Nunavut for Public Works and Government Services Canada (environment). 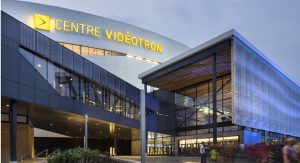 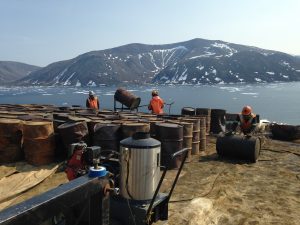 Environmental clean-up in Nunavut for PWGSC, winner of an AFG 2016 Award for Englobe.

Exp for the J.-M.-Jeanson water treatment plant in Sherbrooke (infrastructure). The plant has the largest membrane treatment system in Quebec, and an ozonation system that processes at one of the highest rates in the world.

SNC-Lavalin for the Koudiat Acerdoune project in Algeria (international). This project involved designing and building a water treatment plant, six pumping stations, 75 kilometres of distribution networks, and seven reservoirs — all done in 46 months.

Pluritec for the repair of infrastructure and beautification of two main streets in the heart of Shawinigan (small and medium-sized engineering firm category).The project included sewage, water and road works.

Two firms won Special Mentions for Sustainable projects. They were Beaudoin Hurens for a building in the St-Laurent area of Montreal, and WSP for a wind farm in Saint Philemon.

Two of the awards were for individuals.

Maurice Brisson of BBA won an award as Consulting Engineer Mentor of the Year. Mr. Brisson was cited for his expertise in electricity networks, but particularly for how he encourages young people to develop critical thinking and for constantly offering constructive feedback. 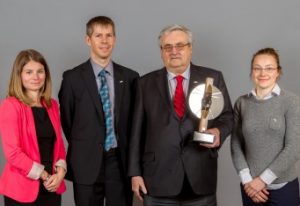 Jimmy Chun Tai Chan of Stantec won the Emerging Consulting Engineering Professional Award. It recognizes the exceptional contribution by a young engineer with fewer than five years’ experience in the execution of a project. Chan was cited for his work on the electrical controls and networking for a new wind farm in Ontario, and was cited for his outstanding commitment and exemplary professionalism.